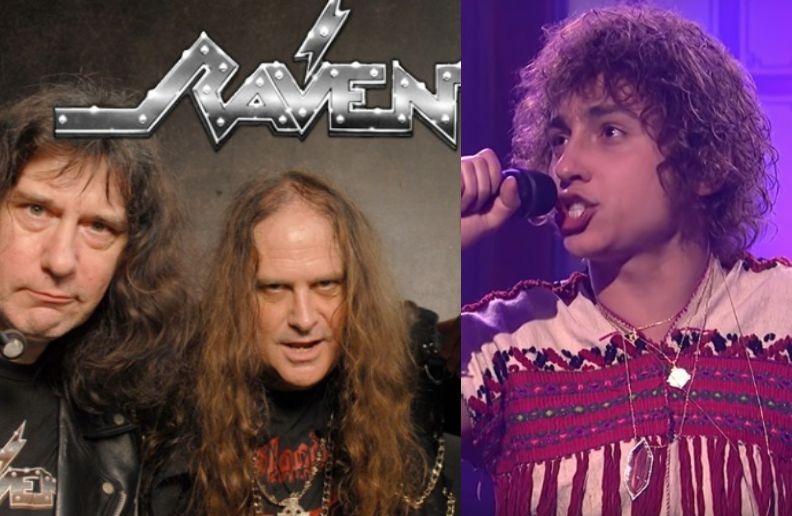 During an interview with UG’s David Slavković, Raven frontman John Gallagher discussed the current state of the guitar-driven music scene.

In an interview with Ultimate Guitar, Raven’s frontman John Gallagher talked about the current state of rock and roll and praise the sensation Greta Van Fleet.

As someone who’s now a veteran metal musician, what’s your view on today’s metal scene? Are there any bands that you like?

“It’s tough not to be cynical. A lot of the bands I hear, it’s either all been done before… It’s like, I don’t know, so many bands think they’re doing stuff and you listen and – ‘Yeah, well Slayer did this, like, 30 years ago. And they did it better.’

“So you’re not bringing anything to the table other than worse vocals and noisier drums. Of course, 90% of the drums you hear, it’s all fake. Most of these guys can’t play like that. It’s all just, ‘Flip, flip, flip, flip,’ and, ‘Don’t worry, we’ll just move it in ProTools and make it sounds perfect.’ So that’s annoying.

“And the whole, ‘Let’s tune down as low as possible,’ and the cookie monster vocals –-it’s not my thing. I could be a little more vocal about how much I hate it, but it’s just not my thing.

“I prefer to hear music. If it’s the singer, I want the guy to sing. And if it’s a guitar part, I want to hear a melody. There’s nothing wrong with having crazy evil riffs, but put some melody in there somewhere. Because if you don’t have melody, then it basically turns into rap music. And I’m not a fan of that either.”

Are there any bands that stand out to you?

“The band that stands out right now, and I’m not a fan, only heard a little bit, but the concept and the reaction and the impact I’m very much a fan of. And that’s Greta Van Fleet. Very much a throwback, it’s very mature, you know, ‘Let’s do a Led Zeppelin.’

“It’s a young band that’s playing rock music and it’s not overly-produced and it’s real drums, it’s real guitar, real singing, real bass… And I hear they improvise when they play live and that’s awesome because most bands these days don’t – they go out and they meticulously re-create – or try – what they played in the studio, which to me is so boring.

“That was never Jimmy Page, that was never Ritchie Blackmore, it’s certainly not Jeff Beck. That caliber of a guitar player, they’ll go out and they’ll try and make magic as they go along. That’s how my brother [Raven guitarist Mark Gallagher] is, he never plays the same thing twice. He always plays something different.

“And to hear a young band trying to have that attitude is very inspiring. And because of that, I wish them the best and I hope they inspire a whole new generation of young kids to pick up instruments and make some real music. Instead with the studio, with drum samples, and then having the super tight gate on the guitars.

What are your plans for the future? Except for the new album, of course. Are you planning on any tour dates or anything this year?

“Yeah, we are going out on the ‘70,000 Tons of Metal’ cruise at the end of this month, which is always fun, we’ve done that a few times before. And then we go to Japan in March, that would be our fourth time over there. And we’re actually going to China for the first time right after that.

“That’s gonna be interesting, it’s definitely something we’ve wanted to do for a while. And then we are actually going to South America in the summer.

“And in between all this, at some point, we gotta mix the new studio album and get it all ready to come out. It’s going to keep us busy.”