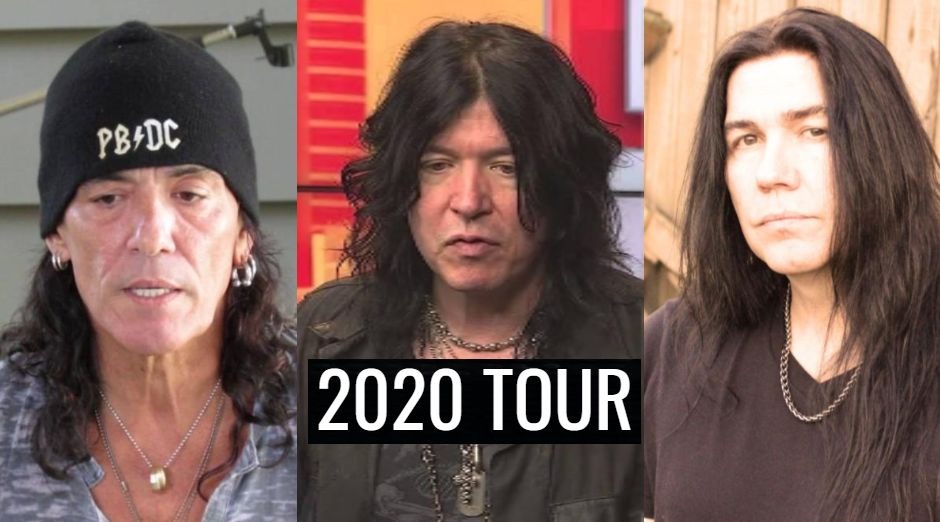 “We’re looking forward to layin’ it down on the Big Rock Summer Tour. The band is firing on all cylinders and more than ready for the shows with some great bands. Let the games begin!”

Ratt is a very successful heavy metal band from the United States in the 1980s. Formed in San Diego, California, in 1976. Inspired by Aerosmith, Kiss, New York Dolls, Judas Priest, Led Zeppelin and Van Halen, they start in 1976 under the name of Mickey Ratt (changing to Ratt in 1983). In 1992 they stopped their activities. They returned in 1997 and have continued to act ever since, despite a legal dispute over the use of the band’s name.

Slaughter is a hard rock band formed in Las Vegas, Nevada, by vocalist and guitarist Mark Slaughter and bassist Dana Strum. The band achieved great popularity in 1990, with their first album, Stick It to Ya, which contains some hits like “Up All Night”, “Spend My Life”, “Mad About You”, and the ballad “Fly to the Angels” .

Tom Keifer (Springfield, 26 January 1961), is the vocalist, composer, guitarist, saxophonist and keyboardist for Cinderella. He was the founder of the band along with bassist Eric Brittingham (born May 8, 1960), who called guitarist Jeff Labar (born March 18, 1963) and drummer Fred Coury (born October 20, 1964) .

Skid Row is a rock band formed in 1986 in Toms River, New Jersey. It gained great popularity in the late 1980s and early 1990s. They released five albums, an EP, a compilation album, and a live album. It became popular with their first two albums, Skid Row and Slave to the Grind, where the band recorded in their classic lineup, consisting of: Sebastian Bach (vocals), Dave “The Snake” Sabo (guitar), Scotti Hill ( guitar), Rachel Bolan (bass) and Rob Affuso (drums). Bach is not in the band nowadays.