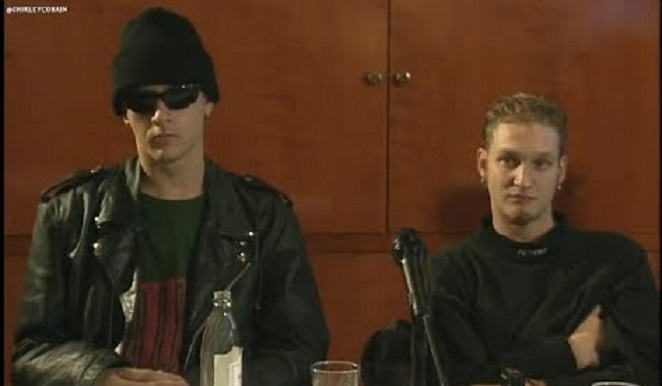 A rare Alice In Chains interview in 1993 surfaced on the internet in recent days.

In the video, which shows the band at a press conference in Finland, Layne Staley and company discuss the departure of bassist Mike Starr, then President Bill Clinton, the tour with Metallica and various other subjects.

One highlight of the interview is the band’s “prediction” about Seattle’s emerging grunge scene, which was at a high point in the 1990s.

On that the frontman Staley said:

“I think the whole Seattle scene, that big boom from the bands that left Seattle is a temporary thing. I don’t think you’ll see many other bands coming out of Seattle. Maybe some more, but I think people will start looking elsewhere.”

The band has just released a new album and proved that even without an active Seattle scene, it still keeps the grunge alive.

Rainier Fog is the sixth studio album by Alice in Chains, released on August 24, 2018, through BMG, the band’s first release on the label. The title was inspired by Mount Rainier, a volcano that overlooks the Seattle-Tacoma metropolitan area, and the title track is a tribute to the Seattle music scene.

This is the band’s third album with William DuVall as lead vocalist sharing vocals duties with Jerry Cantrell, and the first Alice in Chains album in 22 years to be recorded in their hometown of Seattle. The album was partially recorded at Seattle’s Studio X (formerly Bad Animals Studios), the same studio where the band recorded their 1995 self-titled album. Rainier Fog is also Alice in Chains’ third collaboration with producer Nick Raskulinecz, marking their first time recording three full-length albums with the same producer.

The tracks “The One You Know”, “So Far Under” and “Never Fade” were released as singles to promote the album.