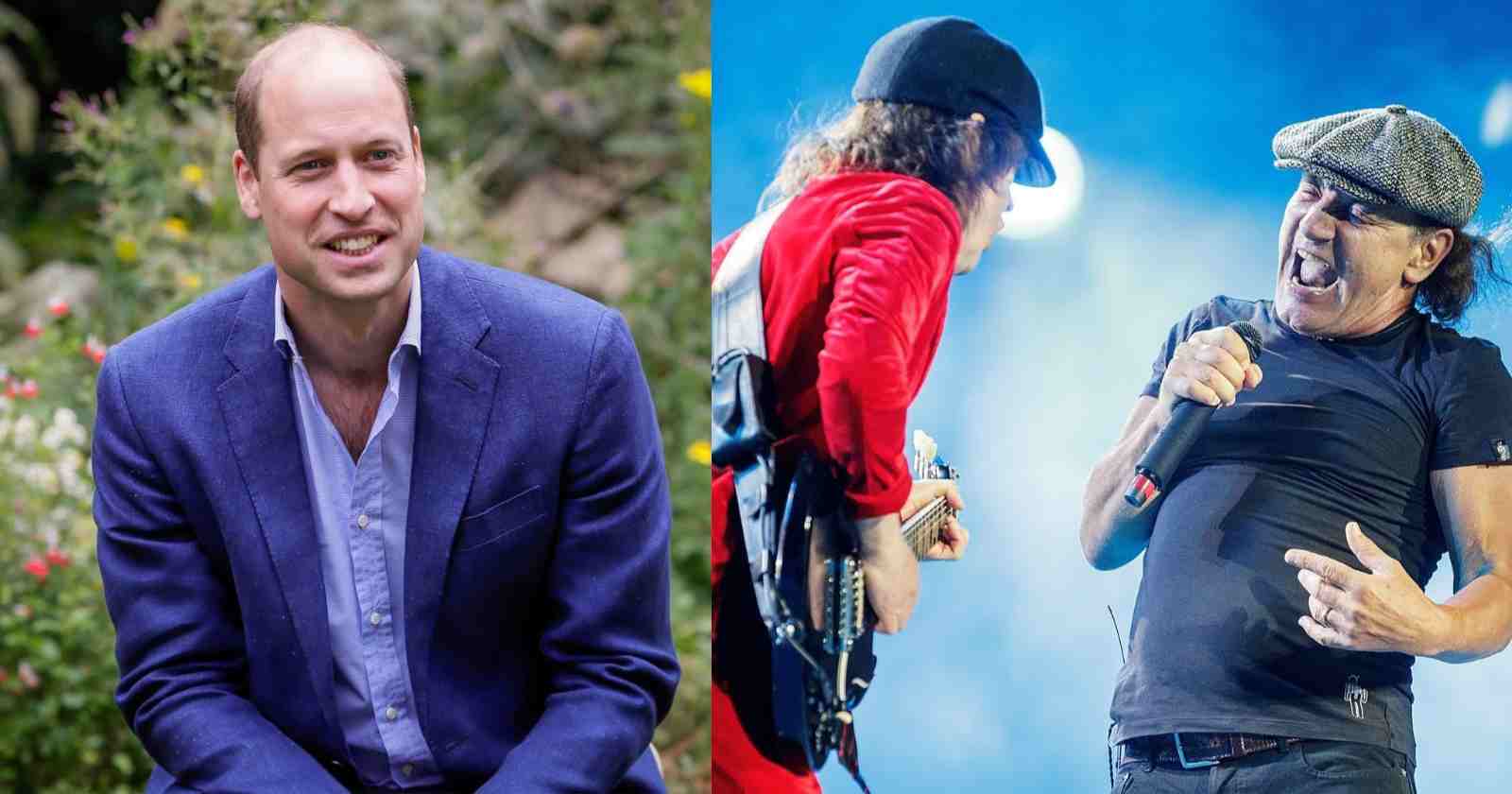 British royal family prince William revealed in an interview with Fitness+’s “Time To Walk” (Reported by Blabbermouth) that he likes to listen to AC/DC, especially “Thunderstruck”, from the 1990 album “Razors Edge”.

“I have to say the first time I put it on, and I’ve heard it a million times now, I was kind of, like, ‘Well, this is quite heavy for a Monday morning,'” he continued. “But now, when I listen to it, it’s the best tonic for a Monday morning. It absolutely wakes you up. Puts your week in the best mood possible. You feel like you can take on anything and anyone.”

“I’d imagine you’re going to walk quite fast listening to it. Maybe with a skip in your step, with the headbanging. It’s a difficult song not to dance to or to nod along to.”

AC/DC was nominated to the Grammys