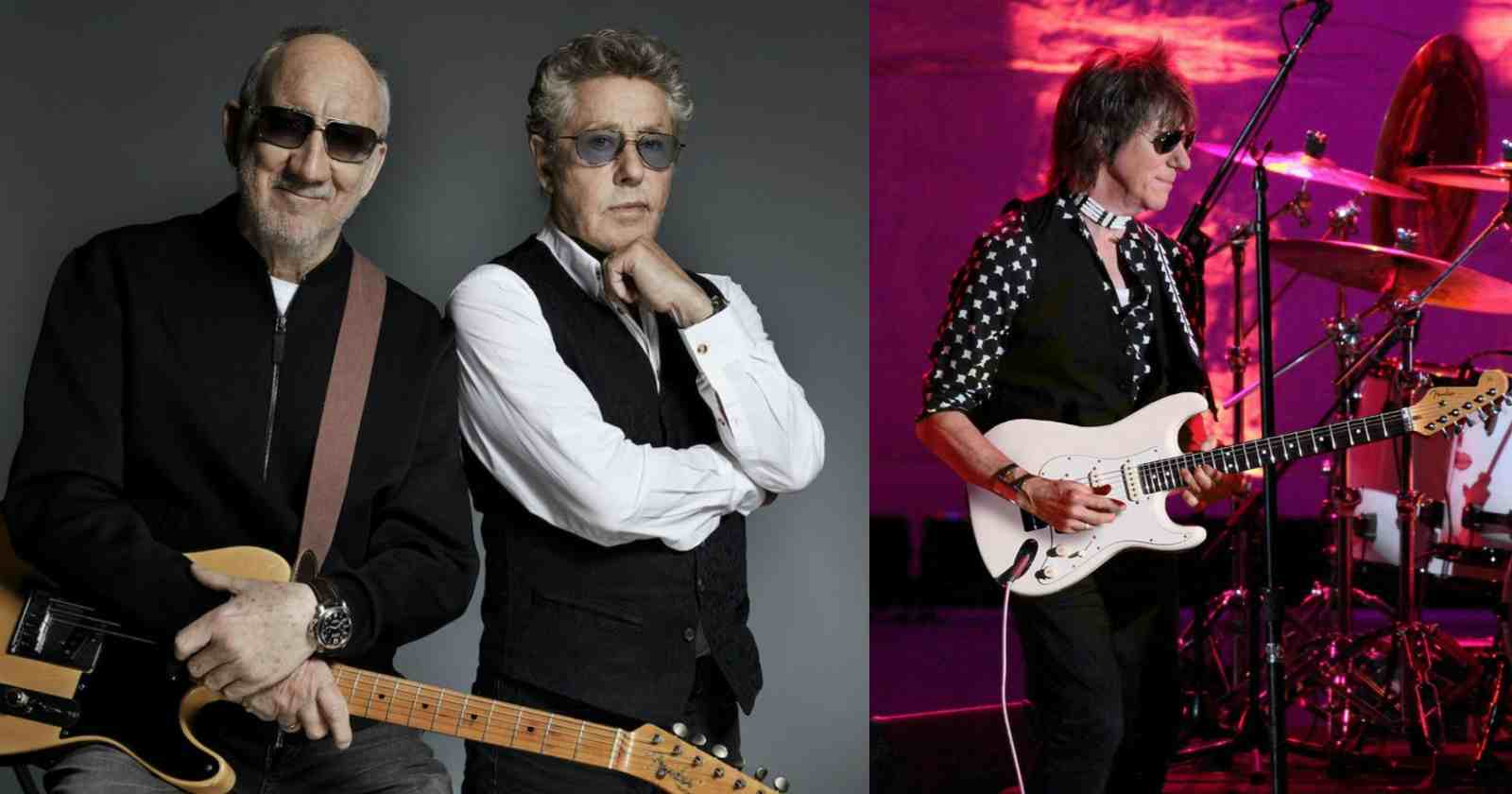 Guitarist Pete Townshend and singer Roger Daltrey, the surviving members of The Who, paid tribute to the legendary guitarist Jeff Beck, who died at the age of 78 last january 10, victim of bacterial meningitis

Townshend recalled in the band’s website that he had the opportunity to record with Beck and called him the “Miles Davis of Rock guitar”.

“So sad to hear that Jeff Beck has passed away. Last time I worked with him was when he played a lead solo part on an orchestral version of ‘Love Reign O’er Me’ for a BBC concert. His work was impeccable as ever. He walked into Abbey Road Studio 1 with a guitar and asked if I had an amp he could use.”

“He really could get his sound with almost any amplifier. His circle of friends in the music business is vast, we are all partly in shock. He always kept his ‘look’, scraggy black hair, strong face and scrawny rock star physique. It was rumoured he didn’t eat much! But we thought he would go on forever.”

Why are we only “partly” in shock? All of us from the first wave of UK rock and pop that followed in the wake of The Beatles back in the early ‘60s are all getting older of course, and when our time comes it comes.”

“And Jeff lived a great life in music, and had a wonderful and beautiful partner in Sandra. He loved his cars, which he engineered himself, he was never bored. He surrounded himself with some of the greatest players in the business, so his concerts were always spell-binding.”

“Most of all, Jeff was easy to be around, so natural as a musician with such a good ear for melody, as soon as he heard something, he could play it, it fell under his fingers. He was never flashy, his good taste was a huge part of his art. It’s a great relief to know he died peacefully.”

“The Miles Davis of rock guitar, he will never be forgotten, and those of us who were his friends feel lucky to have known him,” Pete Townshend said.

“Jeff was my favourite lead guitarist, always original, and a big loss to the music scene. I send my condolences to his wife Sandra,” Roger Daltrey said.