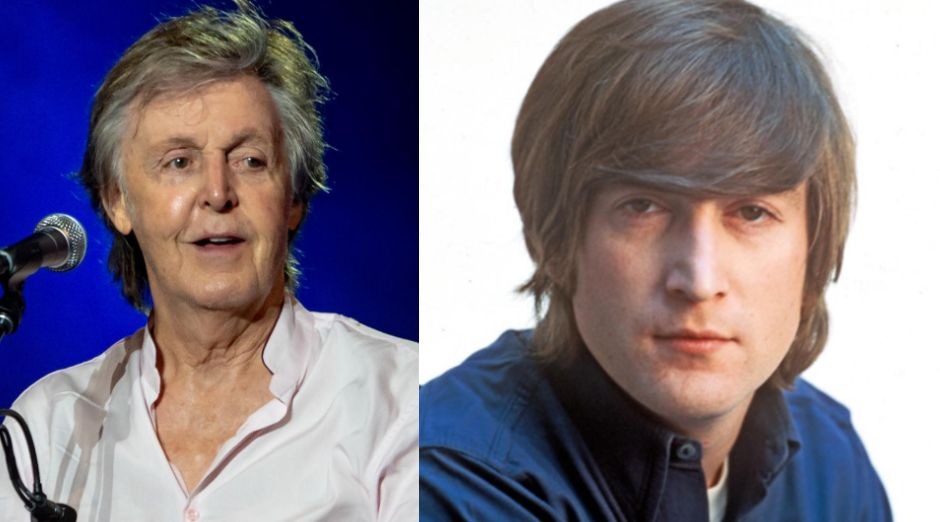 Paul McCartney recently appeared on the Howard Stern Show and talked about the rivalry with John Lennon, that got bigger by the end of the band. He also talked about The Beatles new documentary directed by Oscar winner, Peter Jackson and about the pandemic.

“Paul, when you wrote ‘Let It Be’ and John, you know, he said, ‘This is not a Beatles song.’ So he could have vetoed that song and said, ‘Sorry Paul, that’s not going on’,”

“Yeah, he could have, yeah. But John didn’t mind ‘Let It Be.’ I mean, the thing about John is that he would just take the piss out of anything he wanted to, you know. He would make fun of things and you just knew that that was John.

“I’ll tell you what’s really great – Peter Jackson, the director who did ‘Lord of the Rings’ and various other great films, has got hold I think of about 54 hours of footage. Film footage that was done when we did the [1970] film ‘Let It Be.’

“And he’s edited it into a new form. And I’ll tell you, Howard, it’s great. I mean, I’m not boasting. And you see this kind of thing, you see this relationship between me and John, me and George [Harrison, guitar], and you get it.”

When is that coming out, Paul?

“Nobody knows when anything’s coming out right now, you know? But it will come out and Disney is gonna release it. It’s so lovely for me because I’d kind of bought into this whole idea that, ‘Oh, me and John were rivals and didn’t like each other,’ and stuff.

“But you see the film and it’s like, ‘Thank God it’s not true.’ We’re guys, we’re obviously having fun together. You can see it, you know. We respect each other and we’re making music together and it’s – it’s a joy to see it unfold.”

Paul, how is it that 53 hours of this stuff has been sitting around and it’s now just being discovered?

“We thought, well, we’d done the film, ‘Let It Be,’ but then this idea came up for Peter to look at this. We played New Zealand a couple of years ago and I met him.

“‘I can’t believe you said it, that’s what I thought.’ So, but the more I look at it, he said, it’s great. He said, you look like friends and he looked like you’re having a ball.”

About the Coronavirus pandemic, he said:

“It’s just, it’s so crazy. I’m from the generation that just came out of World War II and the spirit that they showed, you know, ‘We’ll do whatever’s necessary. We’ll all pull together and we’ll try and stay happy.’

“That spirit is kind of what they needed and it’s what we need now and it is around, you know. That’s, that’s what we’re seeing now. That a lot of people are pulling together and in a way, it’s a great thing because if we don’t, we’re finished, you know? But it is good to see that. It’s inspiring.”

Yeah. I’m reading a book now, it’s about World War II and these guys who are just incredibly rugged. You know, during World War II, everybody was just, they thought as one, they knew what the enemy was and everybody sacrificed. I don’t know. You think we’re going to see this? Are you going to say, are we going to see like wild in the streets? Like civil unrest?

“I know what you mean because when it first started I thought, ‘Oh God, here we go.’ You know, people are just gonna go crazy, they’ll go looting. But I think from what I can see it’s happening the other way.

“People are all realizing that there’s so much good in humanity. And I think, you know, thank God it seems to be showing itself. Everyone’s, you know, doing their best to stay safe and look after each other and stuff. And there is a lot of, lot of good spirits.”

I hope you’re safe and sound. You’re a treasure and I don’t want any coronavirus getting near you. I’m going to tell the coronavirus myself, ‘Stay away from Paul. We need Paul McCartney!’

“Well, I feel the same about you man and Robin [Quivers, co-host] and we’re all going through this together. So I hope everyone is coping and staying safe and keeping some optimism in these dark days. Cause the clouds will roll away.”