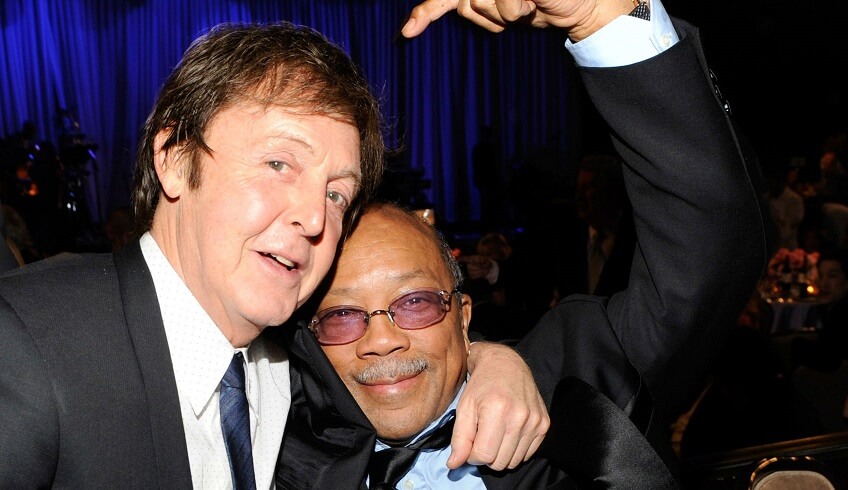 Paul McCartney finally commented on the harsh criticism that Quincy Jones made of him and the Beatles earlier this year.

At the time, the legendary producer called the band “the worst in the world,” Macca “the worst bass player I’ve ever heard”, and also criticized other names in music, like Michael Jackson.

In an interview with GQ, the musician revealed that Jones phoned apologizing after the episode, in addition to claiming that he didn’t say anything about it

“He called me and I was home alone. I finished work, so I had a drink and I was dancing at home, cooking, drinking some wine, I was in a good mood and didn’t care about anything. So I get a call, ‘Is it Mr. McCartney?’ ‘Yes.’ ‘Quincy would like to talk to you.’ Because he always worked with security guards. I said, ‘Hey, Quincy!’ ‘Paul, how are you, man?’ ‘I’m doing very well – how are you, you son of a bitch ?!’ I was just playing with him. ‘Paul, I didn’t say that, I don’t know what happened, man. I never said that. You know I love you! ‘”

Sir McCartney further revealed that if he knew that Quincy had said that, he would have said, “Fuck you, Quincy Jones!” Fair, right?

Apparently, the former Beatle took everything in a smooth way, still calling the producer “crazy son of a bitch,” and even said he loves and respects him.

With a respectful resume, the producer and singer worked with names such as Louis Armstrong, Tony Bennett, Ray Charles, Aretha Franklin and Michael Jackson, who, among other albums, produced the legendary Thriller (1982).