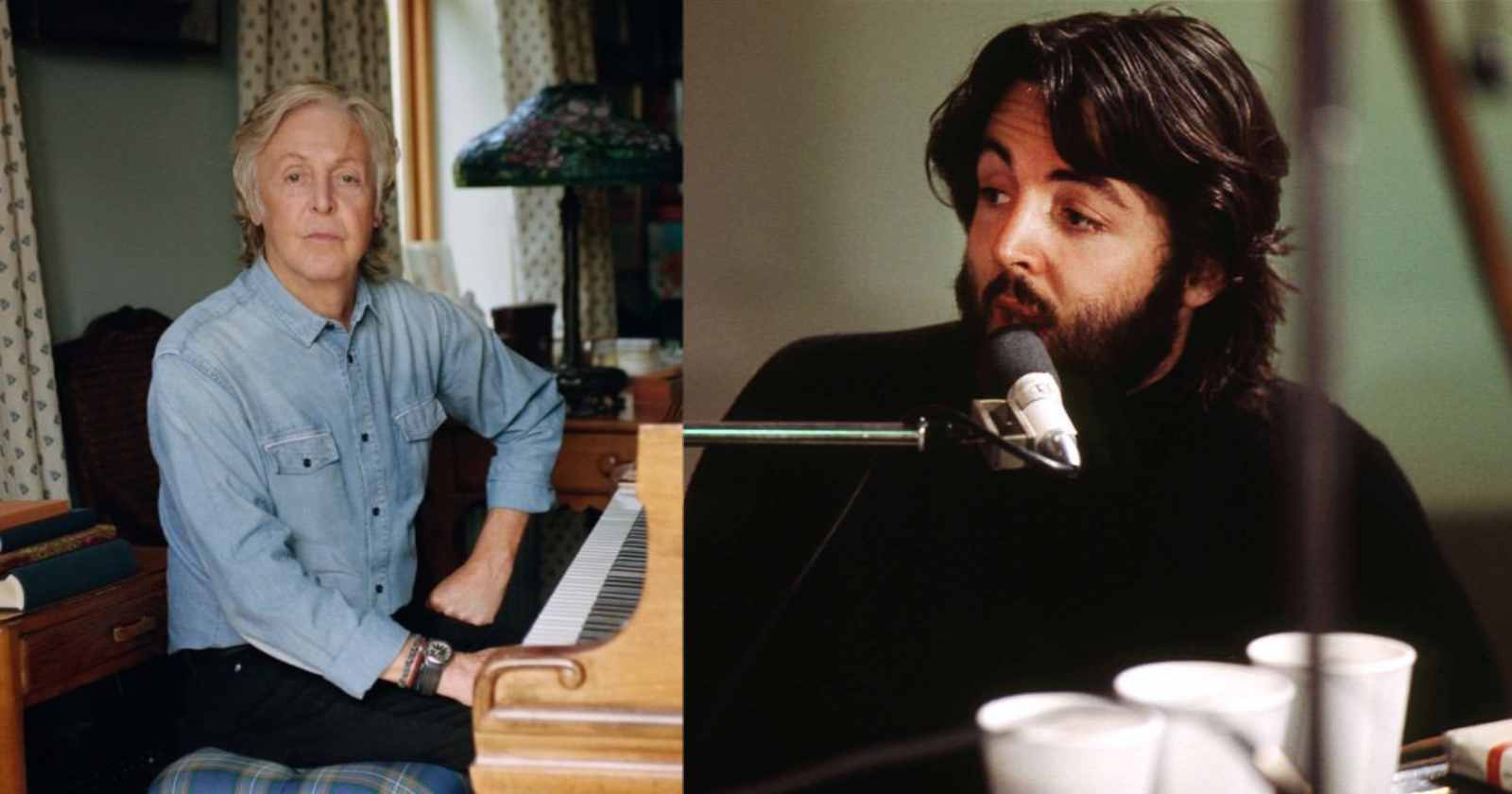 The Beatles documentary “Get Back” directed by the praised director Peter Jackson was released in 2021 and was done with the unused and restored footage of film “Let It Be” (1970). In an interview wtih Dana Carvey and David Spade (Transcribed by Rock and Roll Garage), Paul McCartney said that watching the documentary made him forgive himself because he thought that he was “too bossy” back in the recording of the album, but seeing the new footage he realized he was just trying to make everyone get the job done.

Paul McCartney says “Get Back” doc made him forgive himself:

“Well, it was kind of magical to me because that period, in my memory it had always been a little bit dark because it was to do with The Beatles breaking up. So the first ‘Let It Be’ film was cut a little bit with that in mind. I found it a little bit depressing and I never wanted to watch the first ‘Let It Be’ film. So when Peter Jackson was slated to this version I said to him: ‘I’m not sure I’m gonna like this’. Because, you know, I’ve got blamed for breaking up The Beatles and in actual fact it wasn’t me.”

“I’ve been trying explain that to people for years and years. But then after a couple of months he’d been working on it he got in touch and said: ‘It’s not like that at all. It’s amazing, just these four guys in a room and you’re having fun, working together’. So he sent me a little clip which really saved my life. This is a little bit when John and I, we were working on ‘She Came Through The Bathroom Window’. I’m just strumming on the bass and John’s on the piano. The end of it I say: ‘Monday, Tuesday’s on the phone to me’ and I go ‘Hello, Tuesday’. (He) immediately picks it up, I can’t remember what he says.”

“And I thought (by watching) yeah, that’s how it was. It was fantastic. So I loved it, I really loved it. With Peter remastering it was like having an old home movie of yourself but perfect! I really forgave myself when I saw that. (Because) everyone’s messing around and we are all messing around, we’re goofing around, like we haven’t got to do anything in a month’s time. We haven’t written yet. I thought I was too bossy, I thought that would’ve been the problem. But when I saw the film I’m not being bossy at all. I’m just trying to get people to work. I’m just trying to get us, you know, ‘Come on guys. It’s two weeks off, you know’.”

“So people have said to me, Peter said to me ‘Well, someone had to do that! Someone had to be that guy’. So I forgave myself, I let myself off. I thought ‘yeah, that was all I was trying to do. I wasn’t trying to be pushy, I was just trying to get the work done. The other aspect that I thought it was just great was the way we just goofed around,” Paul McCartney said.

K.K. Downing says he will perform with Judas Priest at Rock Hall
Phil Collins’ opinion on The Who’s Keith Moon
To Top