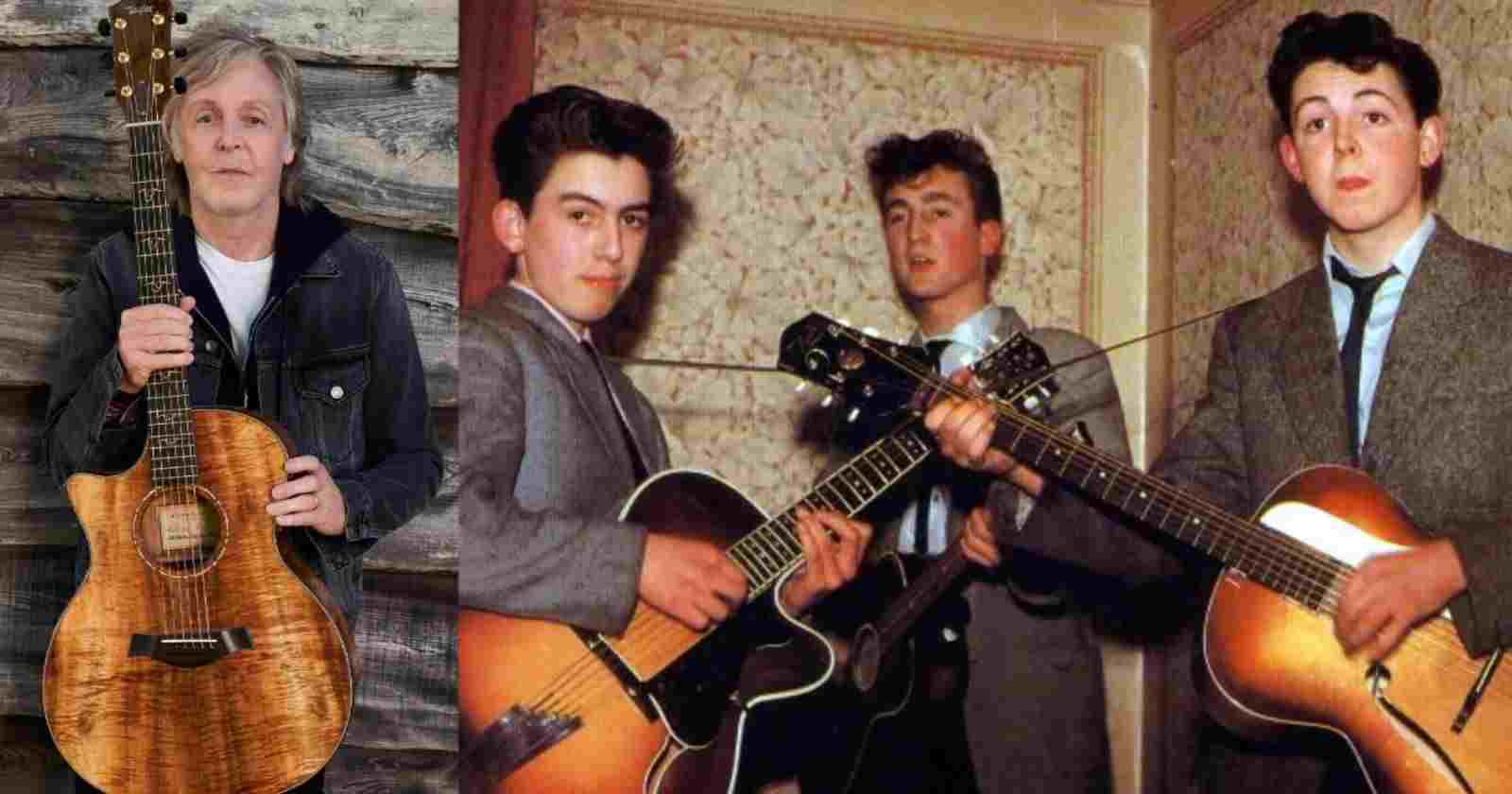 The 78 year-old Beatle Paul McCartney recalled in an interview with GQ Magazine how he met John Lennon, George Harrison and Ringo Starr. The musician reflected about all elements that made the band so successful.

Do you ever reflect on the uniqueness of your position?

“Do I ever! Like, always. Just give me a drink and sit me down and ask me questions. I tell you, I’m sitting there and I’m thinking, ‘My God, what about that?’ The Beatles. I mean, come on, there are so many things. Obviously a lot of other people say things [too].”

“I remember Keith Richards saying to me, ‘You had four singers. We only had one!’ Little things like that will set me off and I think, ‘Wow.’ That is pretty uncanny. And writers. Not just singers, but writers.” 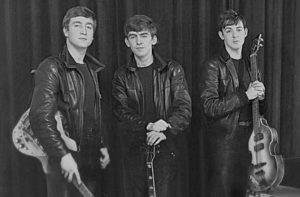 “So you had me and John [Lennon] as writers and then George [Harrison] was a hell of a writer and then Ringo [Starr] comes up with ‘Octopus’s Garden’ and a couple of others… I love to go on about it because in going on about it, it brings back memories. I do think it’s uncanny. You know, No. 1: how did those four guys meet? OK, well I had a best friend, Ivan, who knew John, so that’s how I met John.”

“I used to go on the bus route to school and this little guy got on at the next stop and that was George. So that was kind of quite random. And then Ringo was some guy from the Dingle and we met him in Hamburg and just thought he was a great drummer,” Paul McCartney said.

“But the idea that all these quite random people in Liverpool should come together and actually be able to make it work? I mean… the thing is, we were pretty bad at the beginning. I mean we [The Beatles] weren’t that good. But with all the time we had in Hamburg, we just got good [through practicing]. We became good. If somebody said, you know, ‘I’m gonna tell Aunt Mary ’bout Uncle John,’ we didn’t all look at each other wondering what key it was in. It was, ‘Bam!’ Everyone knew. ‘Bang! It’s ‘Long Tall Sally’. Here we go.'”

“We had a lot in common and that’s just the musical aspect. Then you go into all the other aspects. One thing about The Beatles is that we were kind of like an art band. John went to art college, so with him and Stuart [Sutcliffe] there was that connection.”

“I was very into art anyway and it wasn’t just art, it was, like, culture, with a small ‘c.’ So we all liked stuff. We liked people such as Stanley Unwin; we liked mad things. Like there was a little film called ‘The Running Jumping & Standing Still Film’ that Dick Lester did with Spike Milligan and we were attracted to those zany little things, which I think gave us a personality as a group. And we would have fun with this,” Paul McCartney said. 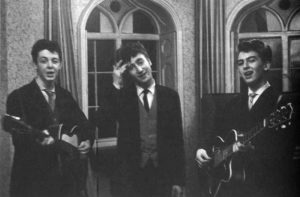 “The other groups were just not like that. They were like guys who might work in a factory or something. I remember once being in the dressing room in Hamburg and we knew that the sax player of the bands was coming in and I happened to have a poetry book with me, which my then-girlfriend had sent me, and before he came in we all sat ’round looking like we were all in deep contemplation as I read this poem out.”

“And the sax player came in, saw us all, with me reading this poem, and he said, ‘Oh, sorry,’ and very quietly put his sax away. When he left we all burst out laughing. We knew we were different. We knew we had something that all these other groups didn’t have. It gelled.”

“I often think of things like this, as there are a million of them. I remember making a guitar with George, going on hitchhiking holidays… I was a big hitchhiking fan, so I would persuade George and John, mainly, to come on holidays,” Paul McCartney said.

“So George and I hitchhiked one time to Wales. We went to Harlech and stayed in a little place there and played a little gig, just me and George. Then me and John went down to Reading, where my uncle had a pub.”

“And we played a little gig there as The Nerk Twins. And then me and John hitchhiked to Paris… So all of these things, all these little things you might do as a kid, but when you start thinking about them in detail… And I’m thinking now, there’s me and George, roadside, it’s a sunny day and we’ve got a little camp thing, a little stove that I’d brought with me, and we’ve got our methylated spirits to put in it.”

“And then we go to the shop to buy some Ambrosia Creamed Rice and we sit at the side of the road with this little stove, boiling it up, sharing it with each other and thumbing down lifts. Once we’d finished, we’d have sore thumbs. Just all of these memories, there are just so many of them…,” Paul McCartney said.

“So I do like to go on about The Beatles because it was magical. People say, ‘Do you believe in magic?’ And I say, ‘I’ve got to.’ And I don’t mean, you know, Gandalf or wizardry or that sort of thing necessarily.”

“For me, it’s how life can be magical, these things that just came together. Me and John knowing each other, the fact that both of us independently had already started to write little songs… I said to him, ‘What’s your hobby?’ I said, ‘I like songwriting,’ and he said, ‘Oh, so do I.’ You know, no one I’d ever met had ever said that as a reply. And we said, ‘Well, why don’t you play me yours and I’ll play you mine.’ That is most unusual and most fortuitous, the fact that we should meet and get together.”

“And then when we got a recording contract and we were down in London and we realized that there were people down in Tin Pan Alley, near Charing Cross Road, who did this for a living and who wrote for people. And that got very exciting.”

“So if we wrote something we weren’t using, we’d give it to Billy J. Kramer or Cilla Black. The whole thing was magical. And I think the whole Beatles story has elements of that every inch of the way,” Paul McCartney said.