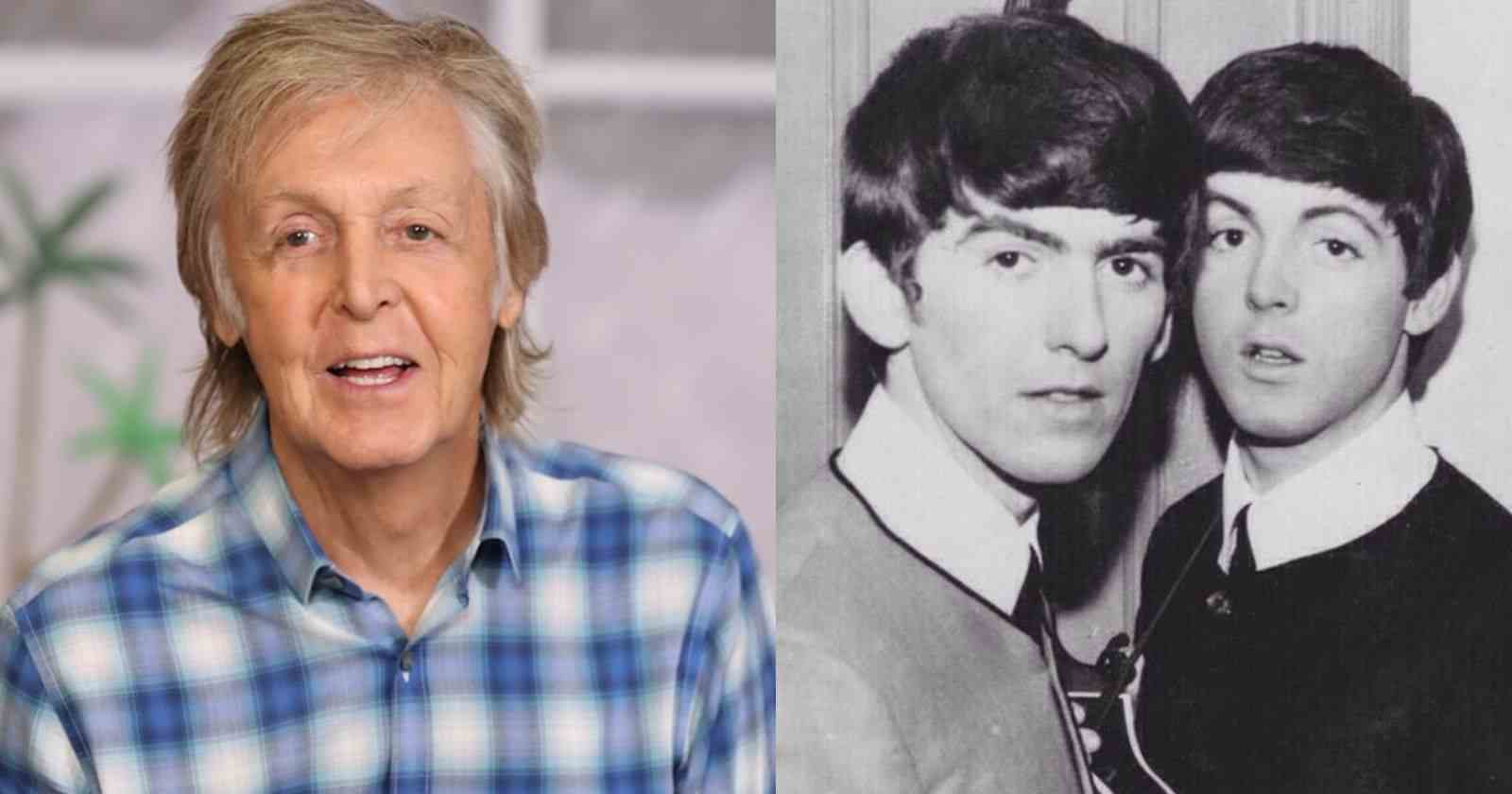 Paul McCartney talked in an interview with The New York Times magazine about his ex-Beatles bandmate George Harrison and recalled some old adventures they had together. He also said him and John Lennon met George in a school bus.

Paul McCartney recalls George Harrison and old adventures they had:

People always ask you about John. I’ve noticed they rarely ask about George, who of course also died relatively young.

“John is probably the one in the group you would remember, but the circumstances of his death were particularly harrowing. When you die horrifically, you’re remembered more. But I like your point, which is: What about George? I often think of George because he was my little buddy. I was thinking the other day of my hitchhiking bursts. This was before the Beatles. I suddenly was keen on hitchhiking, so I sold this idea to George and then John.”

I know this memory. You and George hitchhiked to Paignton.

“Yeah, Exeter and Paignton. We did that, and then I also hitchhiked with John. He and I got as far as Paris. What I was thinking about was — it’s interesting how I was the instigator. Neither of them came to me and said, “Should we go hitchhiking?” It was me, like, “I’ve got this great idea.”

Why is that interesting?

“My theory is that attitude followed us into our recording career. Everyone was hanging out in the sticks, and I used to ring them up and say, “Guys, it’s time for an album.” Then we’d all come in, and they’d all be grumbling. “He’s making us work.”

“We used to laugh about it. So the same way I instigated the hitchhiking holidays, I would put forward ideas like, “It’s time to make an album.” I don’t remember Ringo, George or John ever ringing me up and saying that.”

How strange is it to share an idle recollection from your youth, as you just did with that hitchhiking story, and then have the person to whom you’re sharing it — in this case, me — know the memory?

“It seems as though it would be weird. It’s quite annoying, David. It’s like people at dinner yawning when I’m telling stories. This keeps happening to me.”

I even know the details. You and George slept on the beach.

Then at some point you sat on a car battery and zapped your ass?

That was George who did that! For what it’s worth, in the book “The Beatles Anthology,” Harrison says it was McCartney’s ass that was zapped. Maybe no one wants to admit to a zapped ass.
I have a very clear recollection. He showed me the scar. Let’s set the record straight: It was George’s ass, and it was a burn the exact shape of a zip from his jeans.