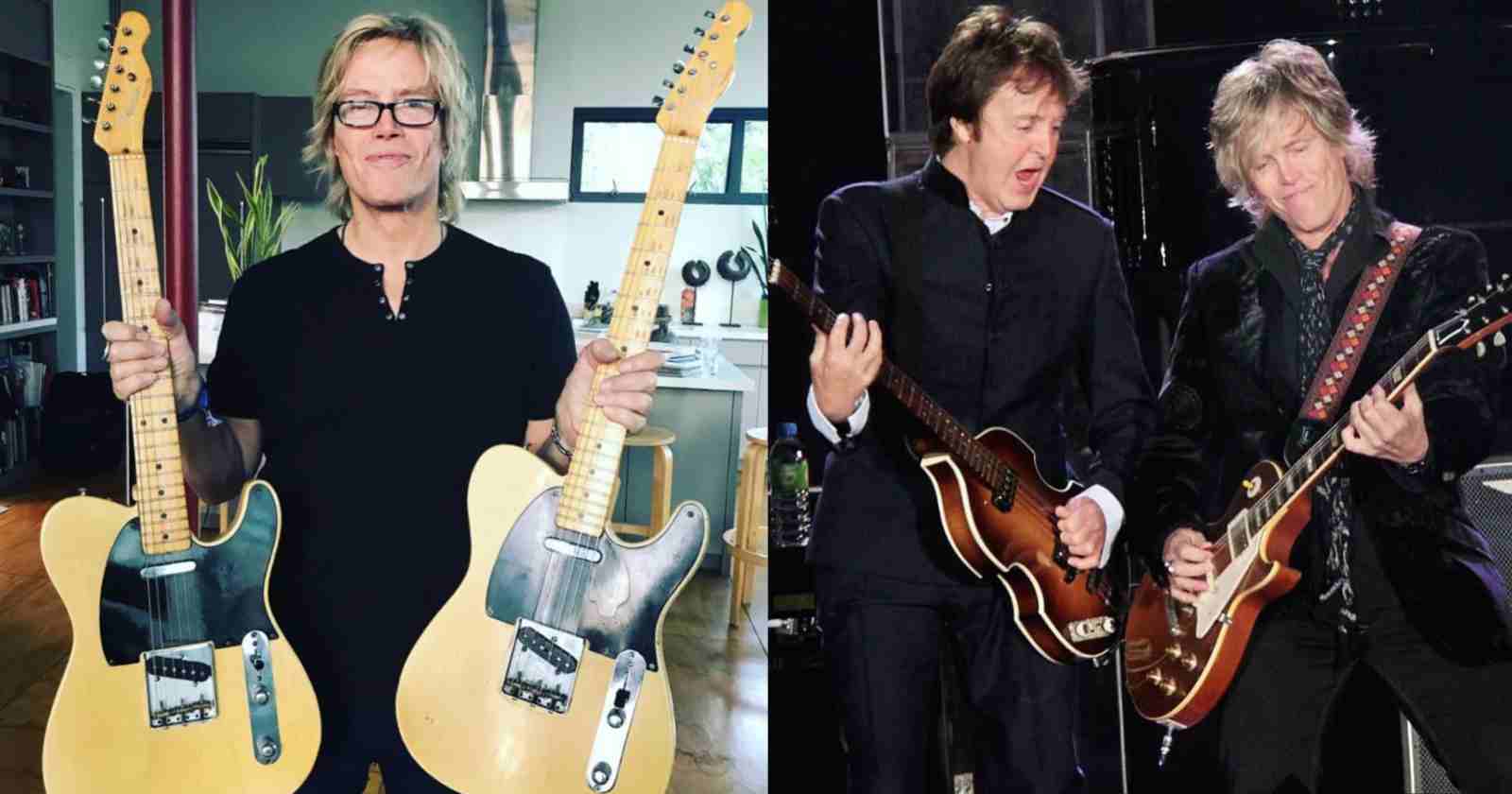 Born in Southern California back in 1955, Brian Ray is one of the guitarists of Paul McCartney’s band since 2002 and in an interview with Kylie Olsson (Transcribed by Ultimate Guitar) he detailed how is the Beatle as a boss and told more about the musician’s creative proccess in the studio.

Ray already recorded with other famous artists like Etta James, Smokey Robinson, Johnny Halliday, Shakira and Kelly Clarkson. He recently released a new single called “On My Way To You“.

“But it really is about him and his trust in us and keeping us because, obviously, Paul… could have anyone he wants. And the fact that he continued to call us back and still does, is just very touching to me… And he’s just a great leader and inspiring cat.”

“Usually, we’ll take the biggest room in a professional big studio, and he will bring down his people, and he’ll bring down every keyboard that he might want to go play.”

“Because he might want to play piano and then jump over to acoustic guitar, back to back, and you gotta be ready. And because he works in his own passion, he’s going to go play and record an idea that just came to his mind at that moment. So it requires everyone to be on their toes. As far as it affects the band, we’re there to serve at his pleasure as a paintbrush on the palette.”

“You know, he’ll use us if he wants to. He doesn’t need any of us; he can do anything that he’s looking for himself. But he generously has us do stuff sometimes. Sometimes, we’ll play on a whole basic crack as a band. Sometimes we’ll just do a guitar overdub, or a dulcimer, or a solo.”

“And there’ll be some waiting because he wants all those paintbrushes to be ready, just like he wants all the instruments to be ready. But hey man, who would you rather be waiting for, Paul McCartney or some rando? It’s so fun, and his ideas are always so cool…He’s something very special, that guy,” Brian Ray said.