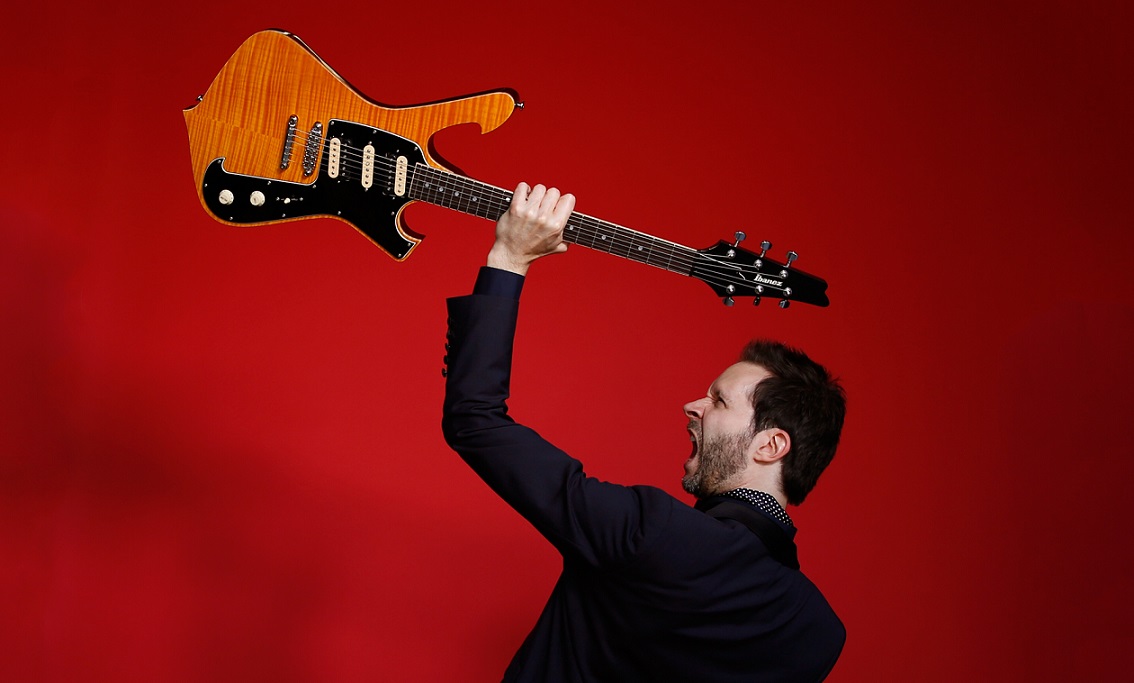 In a recent interview with Mitch Gallagher, guitarist Paul Gilbert talked about his last 40 years as a guitarist.

You said that after 40 years you’ve evolved your way of looking at the guitar fretboard and how you approach the guitar. Tell us a little about what that means.

“That means I’m actually starting to accomplish my original goal of wanting to play the guitar, that I had before I actually played the guitar. [Laughs] Imagine, I’m 8 years old, I love rock ‘n’ roll, Led Zeppelin, and I want to play, and I had music in my head. And these riffs and melodies that I wanted to play them. I had the instrument, but I had no idea how to get them out. 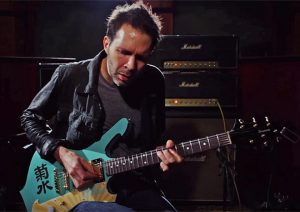 “Anybody who learns the instrument – we often have the similar paths. We take lessons, we learn the scales, arpeggios, chords… I did the same thing as anybody and I have self-taught a lot as well. Learn the stuff you’re supposed to learn.

“And in that process I forgot my original goal. Which was – I’ve got music in here [head] and I want to get it into my hands and out through the amp. And it’s amazing how long I forgot that goal. And the thing that helped me rediscover it was actually being angry at myself for not being able to play a simple blues with a lot of melodic intention. Rhythmic intention too, really. To be able to play like two notes per chord. 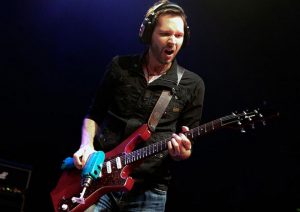 “I could play a million notes per chord, but to just pick the best two was just something that I wasn’t able to do very well. And that made me angry and I thought, ‘I’m supposed to be a professional.’ [Laughs]

“So that became sort of a personal mission. First of all, I’ve got it here [in my head] and I’ve gotta know where they are. And that was the beginning. And I’m about five or six years into that now and it’s helped everything. I’m a better metal player because of it. Certainly a better blues player because of it. I’m the better songwriter because of it. The general idea being it starts with something that you hear inside your head. 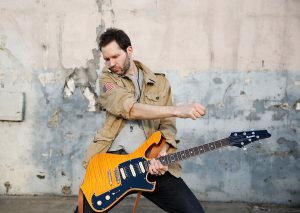 “For me it’s still pretty hard to really hear rhythm without moving some part of my body. It can be as something as small as just chomping my teeth together. But it’s really helpful to move your foot, your shoulders, something to connect to rhythm. But melody, I can start to hear it without any physical manifestation of it. But then, it’s a lot more rewarding when you can pick up an instrument and have that come out just the way you heard it inside.

“And that process is so rewarding, so satisfying. And certainly there’s many things I love about the guitar that I played over the years. But that connection that I craved as an 8-year-old and I’m finally being able to do with success now is, you know… My chin’s getting all wobbly because it makes me emotional just thinking about it. It’s just so satisfying.” 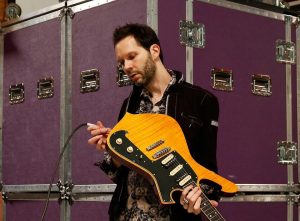 Tell us more about that process. How do you get that out of your head and onto your instrument? Is it an ear training thing? Is it a technique thing, a scale thing? How does that get from one place to the other?

“On the face of it I think a lot of rock players… For a long time I thought, ‘Oh, blues, it’s simple compared to rock. In the end it’s turned out to be, at least for me, a bit more sophisticated. Because there were changes. If you play a typical major blues over three dominant chords, I found myself really having to be more harmonic and sophisticated than I would be in your typical rock ‘Stairway to Heaven’ kind of progression. You can go deep with anything, so it’s not like one is superior. 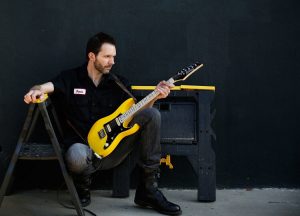 “But the language that I had to learn in order to navigate with some authority through typical blues changes was not dumbing it down at all. It was like I’m back to school here. There’s a lot of stuff I had to learn. And I’m still learning. And that learning process has been so rewarding and so much fun. And it is easily 50% training my ear and that inner melodic generator. Not only what I’m seeing, but what I’m hearing. And half the battle is can you play a good blues solo on a kazoo? [Laughs] Do you know what the sonic target is to aim for? It’s more than just knowing a shape on the fretboard, it’s knowing how it’s supposed to sound.

“And of course, like any style of music, it has it subtle inflections, its elements of expression. And blues is full of that, that’s one of the reasons I love it so much. It’s not just A and C, it’s C bent slightly towards the C# just enough to give you this face and to connect to a certain kind of eyebrow. Which connects to a certain kind of emotion. That’s when you really start feeling it.”