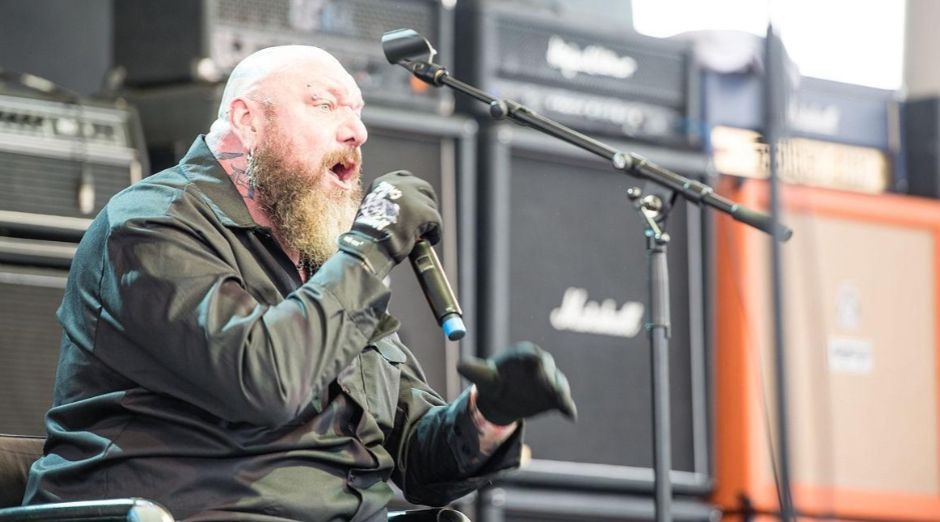 After years struggling against health problems Paul Di’anno has one final show scheduled for this year and in interview with Metal Hammer he says he doesn’t blame Iron Maiden for firing him.

“I don’t blame them for getting rid of me. Obviously, the band was Steve [Harris]’ baby, but I wish I’d been able to contribute more. After a while that got me down. In the end, I couldn’t give 100 percent to Maiden anymore. And it wasn’t fair to the band, the fans or to myself.”

“I was relieved,” Di’Anno said in the 1998 book Run to the Hills: The Authorized Biography. “I was sad too [but] I didn’t get into rock ‘n’ roll to keep schedules and make sure I get my eight hours’ beauty sleep every night.”

“The two albums I made with the band were pivotal. Later on in my life, when I met Metallica, Pantera and Sepultura and they told me that those albums were what got them into music, it made me incredibly proud.”

Di’Anno’s farewell show will take place at the Beermageddon Festival in Bromsgrove, England, on Aug. 30.

He created the band Ides of March that consists of three ex-members of Iron Maiden, all of whom were out of the band by the time of its 1980 debut album. The new group also includes a bassist from a tribute band.