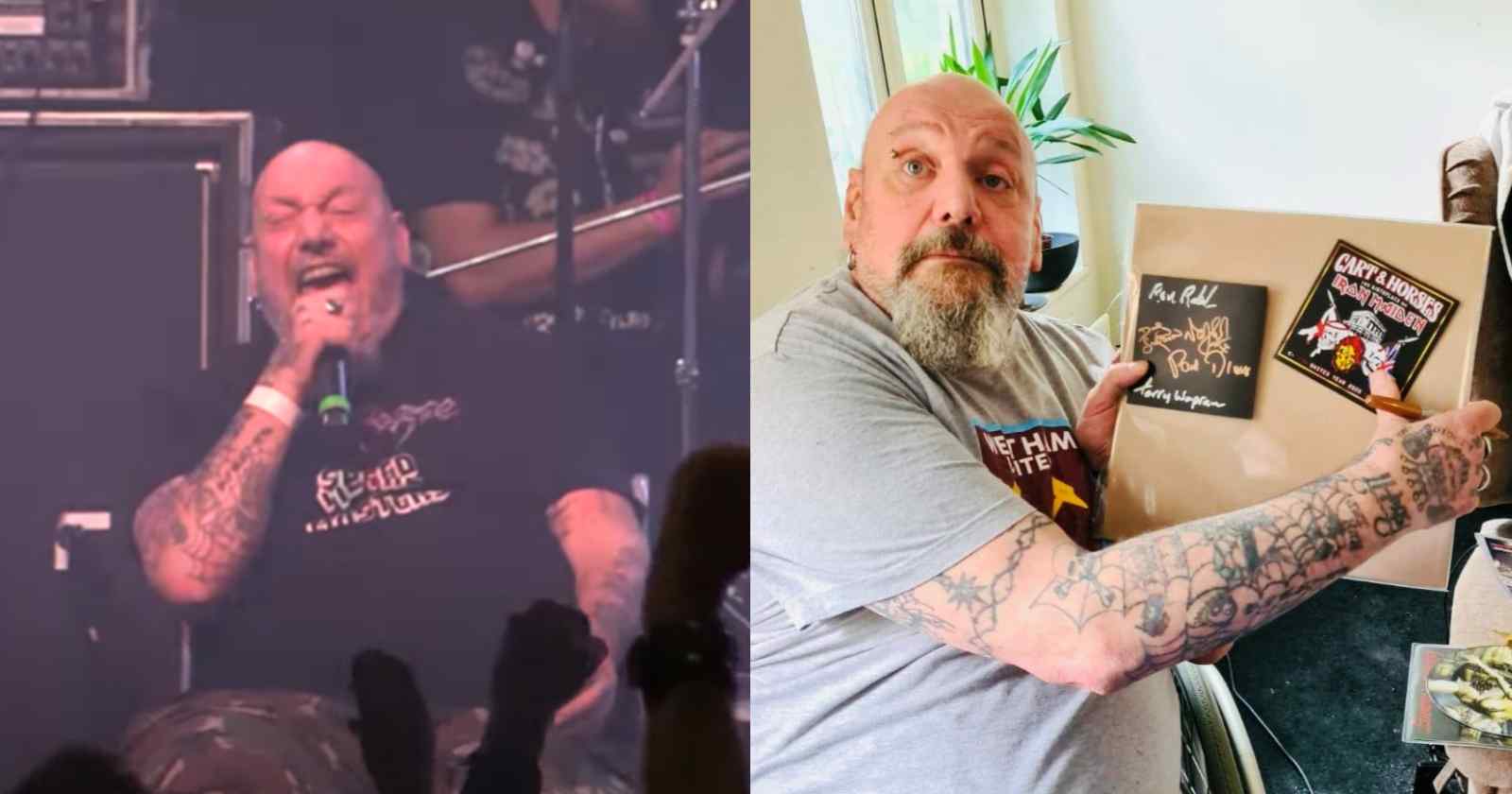 The ex-Iron Maiden singer Paul Di’Anno, who was the vocalist of the band on their two first albums “Iron Maiden” (1980) and “Killers” (1981) announced new 2023 tour dates for South America and Mexico.

After years struggling with health issues he is now back on the road, recovered from a knee surgery he done in Croatia in 2022. During the treatment he went to see Maiden play in the country, met his ex-bandmate Steve Harris and a few days later he revealed that his former group would cover his reamining health expenses.

Di’Anno’s shows in South America will happen from January to March and will take place in Brazil, Paraguay, Argentina, Chile. He will also perform in Mexico after the South American dates. The official announcement says that more dates might be announced soon. The setlist will have all the classic songs from Maiden’s first two albums.