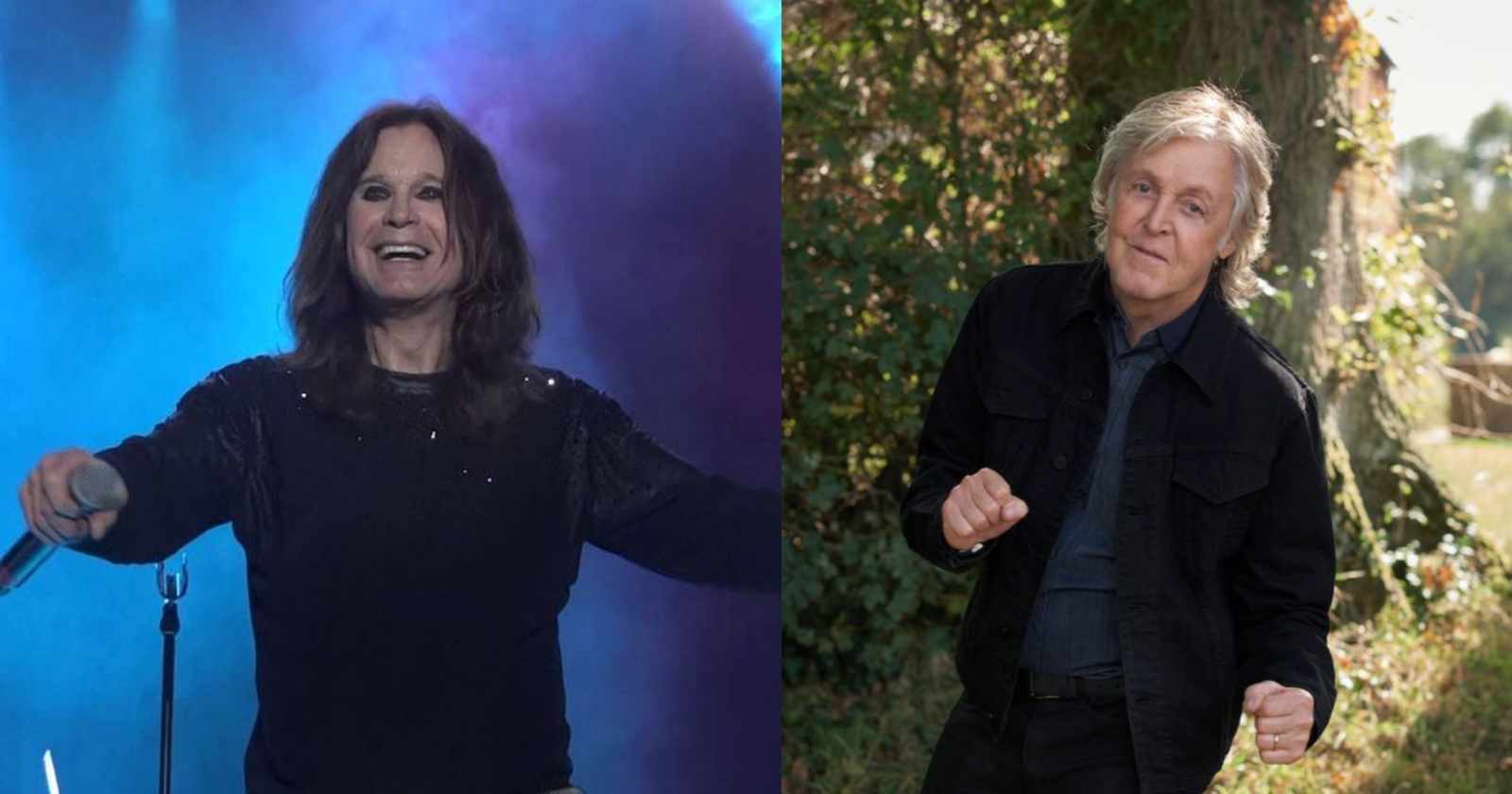 The Beatles not only changed music when they first appeared in the 60s, they changed the entire world that was influenced by their sound, lyrics and style. Beatlemania had a huge impact especially on teenagers and one of them was Ozzy Osbourne, who was 14 years-old when the Liverpool group released their debut album in 1962, and during the following years he became a huge fan of Paul, Ringo, George and John as he recalled in interviews over the decades. The original Black Sabbath vocalist even fantasized about his sister marrying Paul McCartney.

The legendary Ozzy Osbourne, who helped Black Sabbath to create Heavy Metal music already said multiples times that his biggest musical influence was The Beatles and he was such a big fan of the band when he was a teenager that he fantasized about his sister marrying Paul McCartney.

He recalled that in an interview for the 1995 documentary “History Of Rock and Roll” (Transcribed by Rock and Roll Garage), saying: “I was Beatles all the way, man. My bedroom wall was in fact, completly covered, the wall, ceilings, doors… any Beatles pictures were stuck on my wall. I used to have these fantasies of Paul McCartney marrying my sister, all these kind of crazy stuff and how wonderful (It would be)”. Ozzy has three older sisters called Jean, Iris and Gillian, and also two younger brothers.

The first Beatles song that Ozzy Osbourne ever heard

The first Beatles song that Osbourne ever heard was “She Loves You”, first released by the band as a single in 1963. The musician recalled the experience of hearing the song in an interview with 60 minutes Australia back in 2019, saying (Transcribed by Rock and Roll Garage): “One day I was walking down this road and I heard The Beatles for the first time. It was like ‘Wow!’ I heard ‘She Loves You’ and light went up in my head and I was just besotted with them. I used to fantasize: ‘So wouldn’t be great if Paul McCartney married my sister? or John Lennon married my mom?’ (Laughs) I remember saying: ‘That’s it! That’s what I wanna do!’ (be a musician)”.

Back in 2005, Ozzy released the album “Under Cover” where he covered The Beatles’ “In My Life” and John Lennon’s “Woman” and “Working Class Hero”. In 2010 he made a version for “How?”, other Lennon song.

His funny meeting with Paul McCartney

Talking to Goldmine Magazine in 2010, Ozzy lamented that he didn’t had the chance to see The Beatles live but he was able to meet Paul McCartney and Ringo Starr later on during his career. “I met Paul McCartney on a few occasions, and Ringo Starr. Not the others. Unfortunately somebody got the one, sadly. I remember where I was. Exactly where I was, when it was, what time of the day it was. I was in Wales. I was writing and rehearsing and Sharon calls me up and says, ‘You’ll never guess what happened.’ She says, ‘John Lennon got shot last night.’ My world just f**kin’ stopped. It was like when Kennedy got done, you know. But a f**kin’ guy like Lennon … it just stopped my world.”

“I mean, I never saw them play. How great would it have been if they hadn’t shot Lennon and he hadn’t died such a horrible death? If they’d ever gotten back together, they would have taken over again.” One of his meetings with Paul McCartney was even recorded and Paul joked when he saw Ozzy, saying: ‘Oh god, no. You’re not gonna let him in, oh bloody hell!’

Paul McCartney gave an interview for the 2011 documentary “God Bless Ozzy Osbourne” (Transcribed by Rock and Roll Garage) and gave his opinion on Black Sabbath, saying: “I mean, listening to it now it doesn’t sound that crazy. But then it was quite sort of off the wall. So in life we know about the dark side and the light side. The good side and the bad side.”

“I think that’s probably the attraction is that it hadn’t been done until Black Sabbath started dealing with it. And people go ‘Oh yeah this is great, well cool’. It’s like that attraction of Dracula or vampires. It’s a rich source for exploration, I think”.