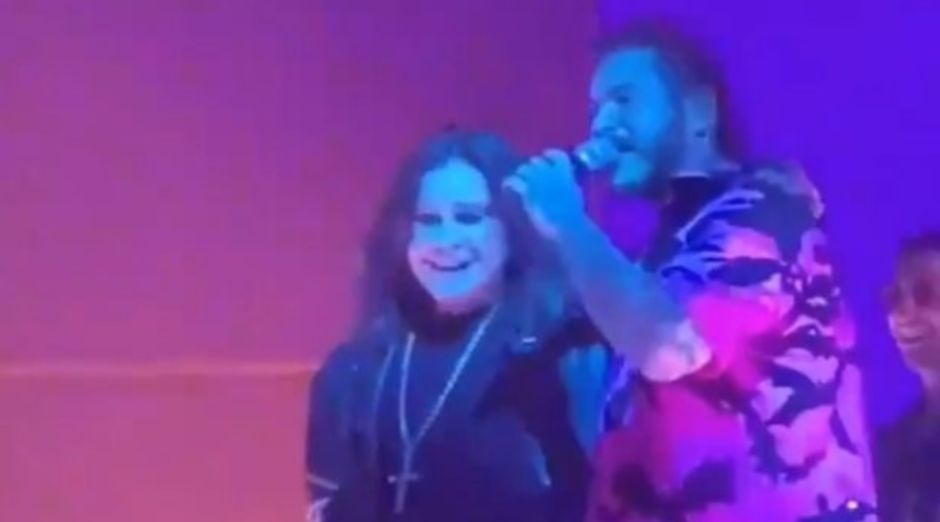 One of the big surprises of the year was that Ozzy would make a guest appearance on rapper Post Malone‘s new album in the song “Take What You Want.” And Ozzy took the stage with Malone in Los Angeles to sing the song on November 21.

The performance marks the first time Ozzy has stepped on stage since his performance on New Year’s Eve, as he was soon diagnosed with staph infections and suffered a crash at home, which resulted in the postponement of the upcoming tour “I wish I had some jokes to tell. I don’t have many jokes,” said Post Malone, addressing the crowd that quickly began to sing, “Ozzy! Ozzy! Ozzy!” before the singer appeared.

Ozzy and Post Malone are due to perform this Sunday, 24/11, at the American Music Awards.

Listen on the player below the official version of Post Malone’s “Take What You Want” featuring Ozzy Osbourne: