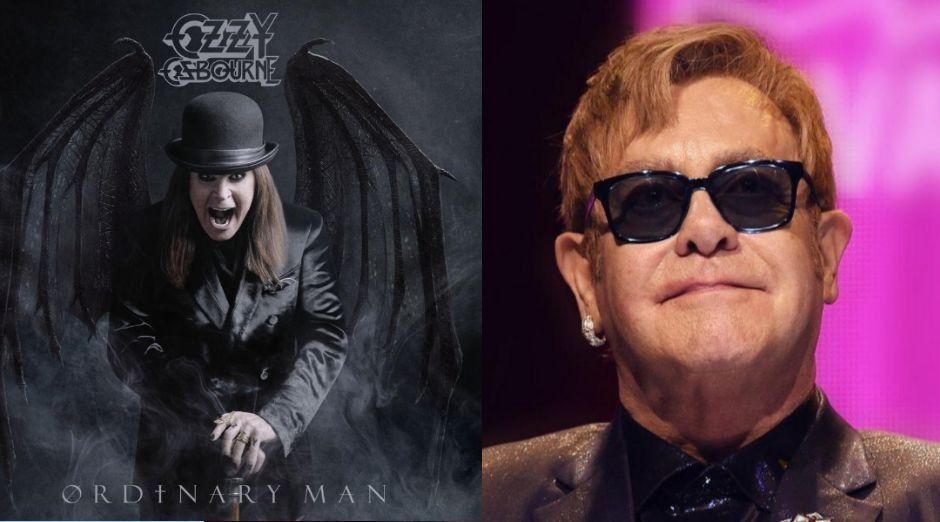 Ozzy Osbourne released the title track of his new album “Ordinary Man”, that is a duet with Elton John. The song also has two Slash guitar solos.

Red Hot Chili Peppers drummer Chad Smith, who recorded the new work with Ozzy, gave details of this new song in an interview with SiriusXM.

Chad Smith said about the partnership between Ozzy Osbourne and Elton John:

“Having Ozzy do new music, anyone that we mentioned to, ‘We’re making music for Ozzy,’ everyone wants in. Anyone we spoke to. So we wanted it to be the right people.”

“We didn’t wanna just throw in names for names. [We wanted] people that love Ozzy, which is pretty much everybody anyway, but that made sense.”

“The single that’s out now called ‘Straight To Hell’, he soloed at the end of that — classic Slash wah-wah, bluesy; great. But, really, we wanted him to play on this song that is the title song, which is called ‘Ordinary Man’ — this more midtempoey, kind of Beatles… Ozzy loves The Beatles — it’s his favorite band.”

“So Andrew [Watt, ‘Ordinary Man’ producer] had this little piano idea thing, and we made it into this song, and it’s epic. And Slash plays the solo. It’s so epic, there’s two Slash solos. [Laughs] It’s a really good song. And he plays beautifully on it, and we’re so happy to have him on it.’”

According to Chad, Elton John ended up playing on the song:

“And so Andrew and I went down to Atlanta, where Elton John lives when he’s on the East Coast. I think he kind of lives all over the place. We recorded him. And he played the piano on the song, and he plays it beautifully, of course. And then we’re, like, ‘Why don’t we have him sing a verse?'”

. “These two iconic legendary English fucking rockers that have been through it all are singing about the end of their lives. ‘I don’t wanna die an ordinary man.’ And it’s fucking great,” he said. “Me and Andrew are pinching ourselves. And Elton was so great, so gracious. ‘I’ll do anything for Ozzy. I love Ozzy.”

“And so on this ‘Ordinary Man’ song, you’ve got Duff McKagan, Slash, Andrew Watt, wonderboy producer, writer, hot-shit guy of the moment, great musician. You’ve got the Prince Of Darkness, Ozzy Osbourne, sir Elton John, and a drummer from some other band.”