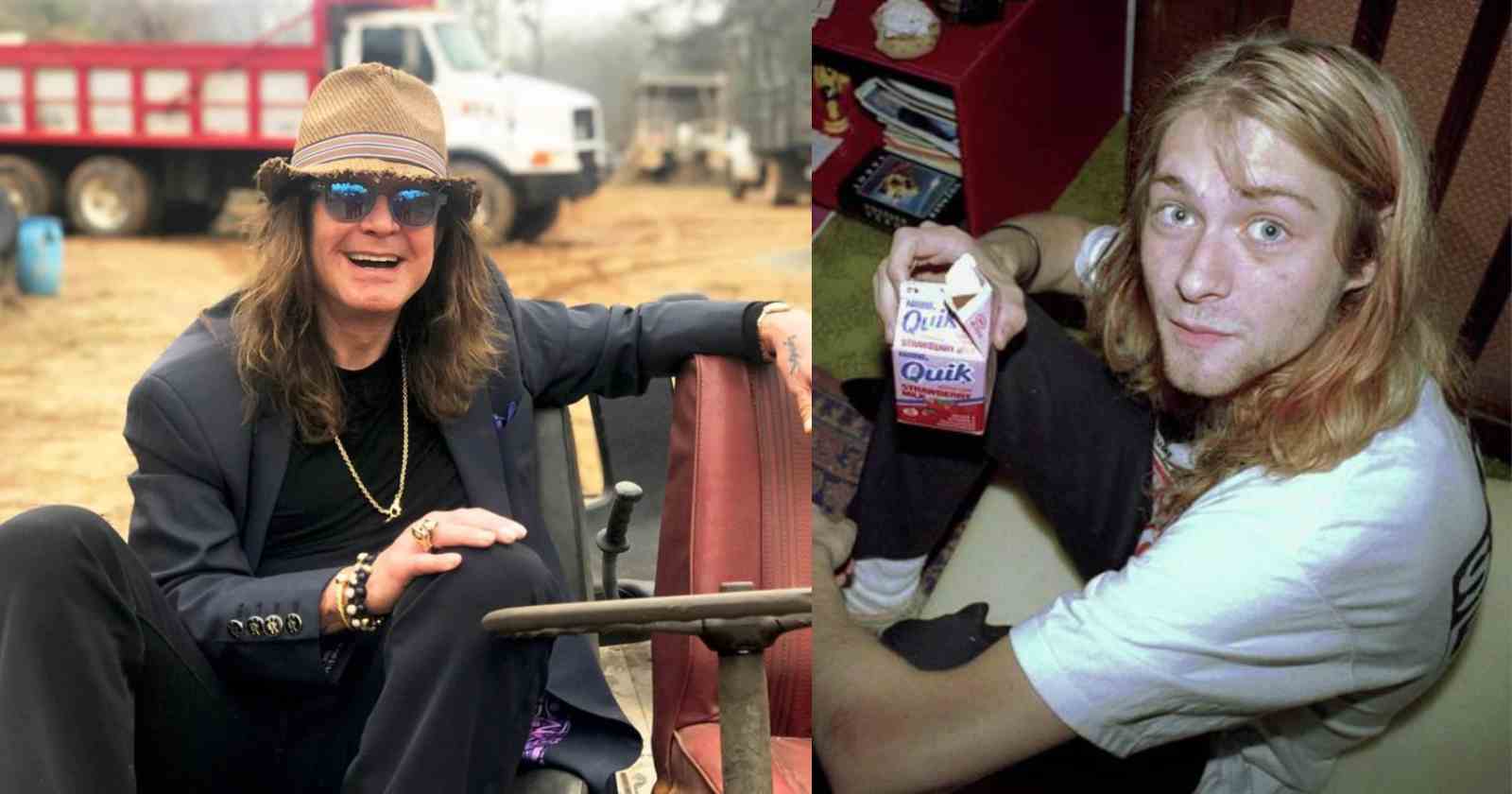 Just a few days after Ozzy Osbourne released “No More Tears” in 1991, one of his most important solo albums, Nirvana changed the face of Rock and Roll music with the release of their influential record “Nevermind”. Even though they already had praised records, it was this particular album that changed everything on the scene at the time.

Grunge took the music market by storm and many artists that were very successful in the 70s and 80s saw their crowds get smaller because all the money and attention were driven to bands that came from Seattle.  Over the decades many famous musicians gave their opinion on Nirvana and one of them was Ozzy Osbourne.

Even though the song composed by Nirvana was a little different from what Ozzy had done on his solo career and with Black Sabbath, the musician talked once in an interview with VH1 about the Kurt Cobain band an said: “I love Nirvana, it was like Heavy Metal meets The Beatles, you know, to a point”.

He also listed in an interview with Lauch Radio Networks, Nirvana as one of his favorite Hard Rock bands of all time. “Apparently, I met (late Nirvana frontman Kurt Cobain), ’cause I was talking to Dave Grohl. He said, ‘You probably don’t remember this. But when you were in Devonshire Studios in the (San Fernando) Valley, me and Kurt were in the room where they had a pool table. When you walked in we were like, ‘F***ing hell,’” Ozzy said after picking the band as one of his favorites.

In his biography “I Am Ozzy“, released in 2009, the Black Sabbath frontman praised Cobain, saying: “It had a huge impact on me, ‘Smells Like Teen Spirit’. I was very proud when I found out that Kurt Cobain was a fan of mine. I thought he was awesome.”

The interesting thing is that Ozzy liked the band so much in the early 90s that he invited them to be his opening act. However, they they refused the invitation. The late guitarist and vocalist Kurt Cobain revealed that in an interview with Gilbert Blecken back in 1991. When he talked about Ozzy, he said: “I can understand Ozzy liking us, because we have at least some similarities with his former band. Sure, I respect the man. I have always loved his music except for his last five albums or whatever. I didn’t pay attention to most of his solo stuff besides ‘Bark At The Moon‘, whenever that one was. Ozzy was also in the same mixing studio that we were in for our last record. We met each other in the hall sometimes.”

“We didn’t speak. But there were a few times where we were coming towards each other. I had to move up against the wall and wait for him to stumble past me ’cause he was so fucked up. He also asked us to go on tour with him. But we turned it down. It would have been fun and kind of exciting to be part of his last shows. But we don’t really wanna play in huge arenas supporting someone.”

The interviewer then asked if it was true that the group also said no to a Guns N’ Roses offer. Cobain replied: “Yeah. And Rush, Skid Row and a bunch of others also asked us. Those kind of bands.”

Dave Grohl, the Nirvana drummer, who later became the vocalist and guitarist of Foo Fighters said in a conversation with Mojo Magazine (Recovered by Foo Archive) back in 2007, that Kurt was an Ozzy fan. “Kurt really liked Ozzy. Growing up in a town like Aberdeen [in Washington state] and hearing a band like Black Sabbath – it’s a sweet release.”

“Suddenly there’s something outside your small-town world you can relate to. When you can hear that alienation in someone else’s music. The first Nirvana record, Bleach, which I don’t play on but I love. You listen to some of those songs and it’s a guitar line, a bass line, a vocal and thundering drums. There’s a lot of Black Sabbath in that, for sure,” Dave Grohl said.