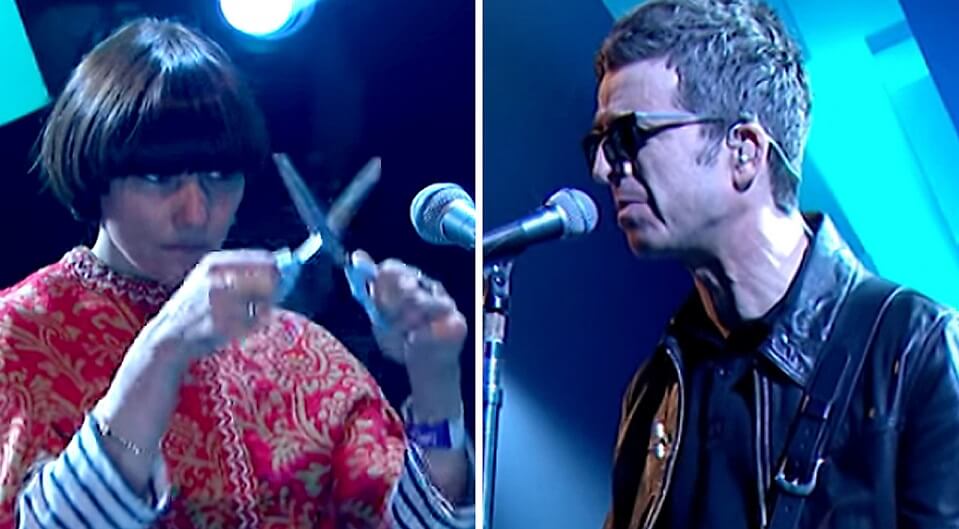 Last year, musician Noel Gallagher made a lot of people angry with the fact that he had a “scissor-musician” in his support band during a British TV show.

He played the track “It’s A Beautiful World,” one of the songs featured on his latest studio album, Who Built The Moon, released last year.

Only this time, the sound of Marionneau’s scissors is really audible, with a microphone capturing perfectly the “instrument” in all its glory. In addition, the artist also makes the speech in French in the middle of the song.