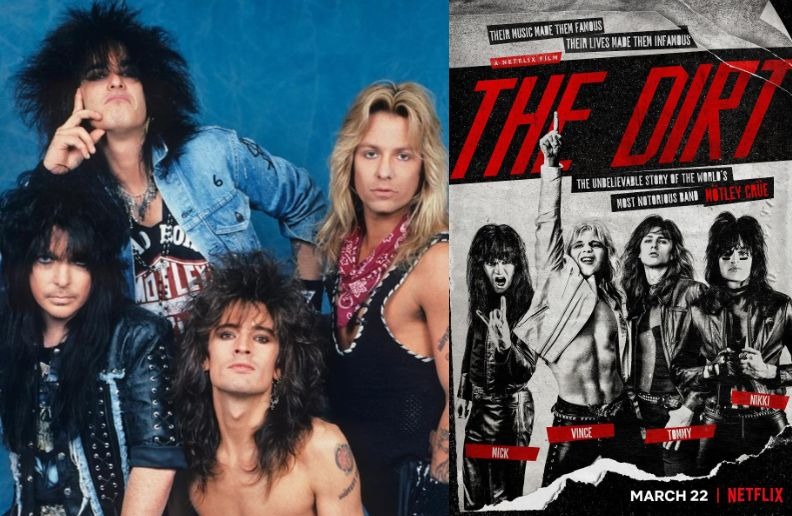 Nikki Sixx revealed that the adaptation of Mötley Crüe’s biography, The Dirt, won’t intended to soften the madness of the band. The Dirt – Confessions of Most Notorious Rock Band will be released next month on Netflix.

Sixx explained, “Netflix said, ‘Make the movie that reflects the book.’ And Jeff Tremaine [director] said, “I like punk rock and heavy metal and i want to make this movie based on the book … and everyone supported the idea.”

The bassist added: “It was very important for us not to censor anything. We know they had scenes in the biography of N.W.A. Straight Outta Compoton that were deleted. They did not want to be portrayed that way. And I don’t know if they softened anything in the Queen movie. With us, you have four outrageous characters and it was important that we did not change anything.”

The Dirt will debut on Netflix on March 22. The soundtrack will arrive on the same day and will feature Crüe’s classics. In addition to three new songs and a cover of “Like A Virgin” by Madonna. The first unreleased, “The Dirt” featuring Machine Gun Kelly, has already been released.