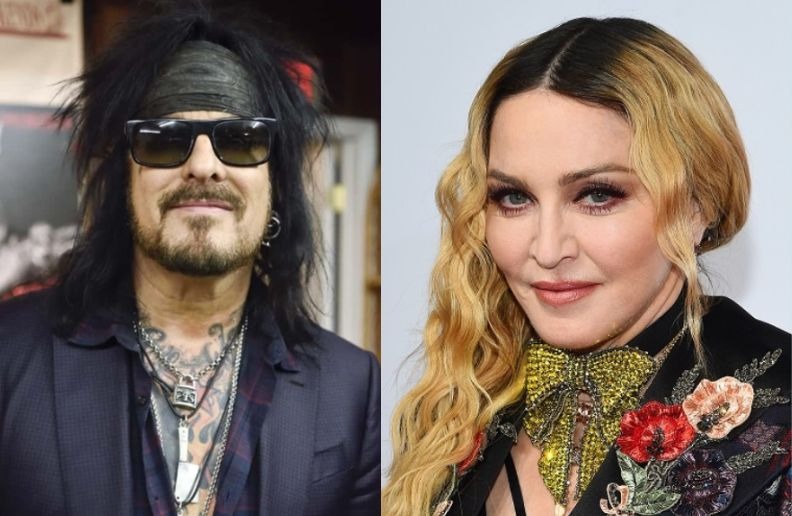 Mötley Crüe drew attention with a track on the soundtrack to his film, “The Dirt,” which will be released on Netflix on March 22. Among the four songs recorded especially for the project is a version for “Like A Virgin”, hit by pop singer Madonna.

In an interview with Billboard, bassist Nikki Sixx spoke about the decision to cover “Like A Virgin”. The musician commented that the idea came as he walking with his dogs, which he sees as “meditation.”

“When my mind opens like that, ideas come in. It came to that idea and I looked up as if I was laughing at God and thinking ‘very funny,'” he said, he initially thought he had a “horrible idea.”

Although not initially convinced, Sixx took the idea to producer Bob Rock, who replied, “I don’t know … good luck!”. He recorded a demo at home and left Rock and drummer Tommy Lee impressed. The melodic / instrumental proposal is completely different, although the lyrics have been retained.

“There’s a part of the song that has that gahnk-guh-guh-guh-guh-guh-gahnk ‘where Mick (Mars, guitarist) makes a small reference to Metallica, since they called Bob Rock to produce the’ Black Album ‘(1991) after having heard’ Dr. Feelgood ‘(1989). It’s like a signal back to those guys because we’re with Bob Rock again, “Sixx said.

Finally, the bassist was asked if Madonna knows of the Mötley Crüe version. “I don’t know if she knows,” he replied. “She’ll find out soon enough, I guess. Maybe we can have her in our clip.”

Actors that played Freddie Mercury and Mary Austin are dating in real life
Derek St. Holmes says he was shot by Ted Nugent twice
To Top