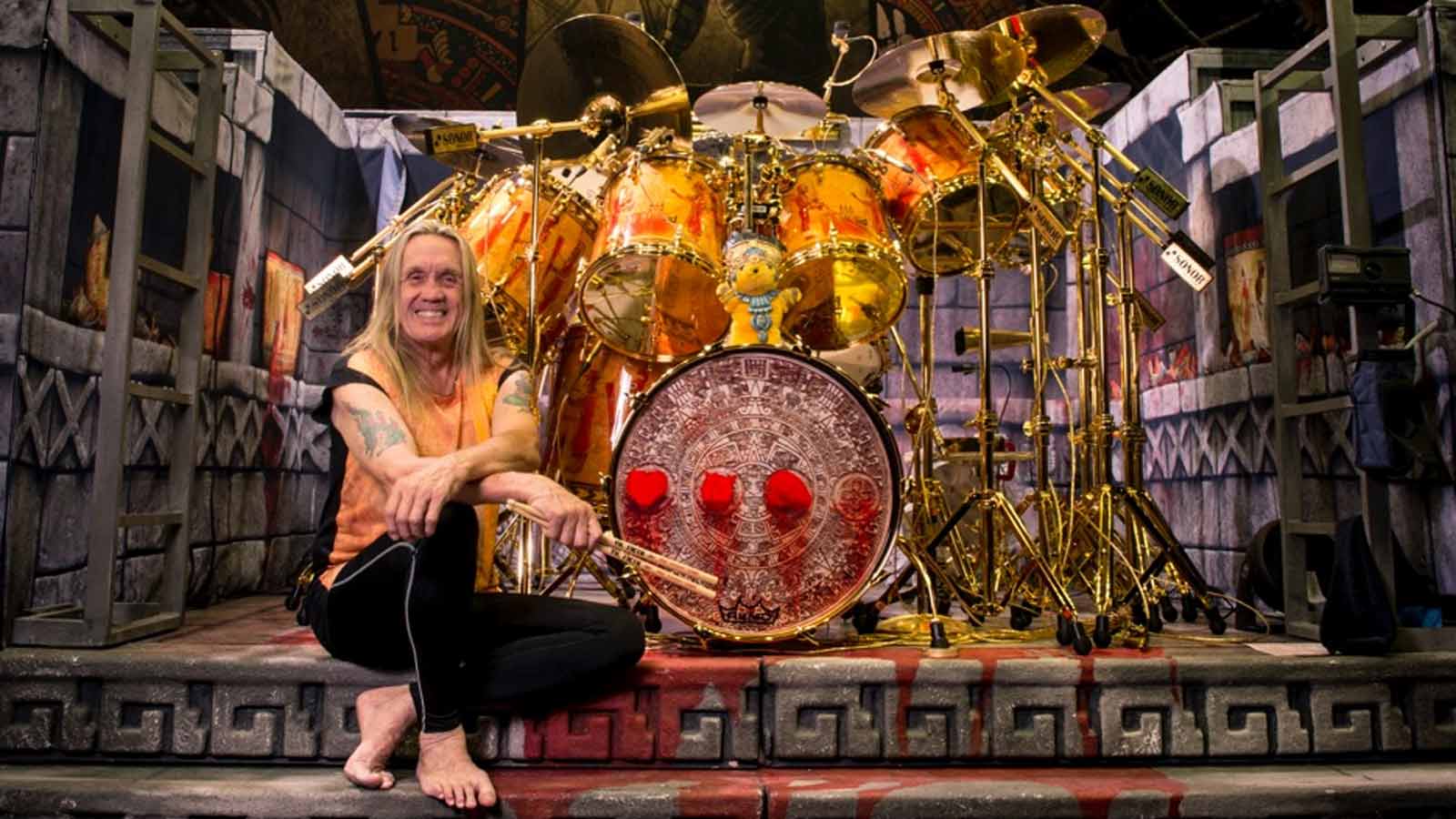 “The way I grew up playing, being inspired by… I know Mooney [The Who’s Keith Moon] had two bass drums, but contrary to belief, he didn’t use the left one. He only used it to mount a couple of tom-toms. [Laughs]

“I don’t know. It was just old-school for me. And I see these guys – Dave Lombardo and Thomas Lang and Terry Bozzio, just to name a few – these guys that are just masters. 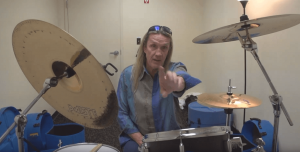 “And the thing is it’s another digit, if you like, it’s another limb, and if you’re gonna do it, you have to practice at it and go for it, and these guys have done that. And I’m just a lazy old-fashioned git that likes to play one bass drum – that’s my style; I’ve just stuck with that.

“And it’s not that I don’t care for double-bass-drum players – I think there’s some wonderful players out there that really can… Derek Roddy, for crying out loud – all these guys, super fast. Master of blaster beats, or whatever they’re called. It’s beyond me. [Laughs]

“So, yeah, I do appreciate them. And the talent is amazing that these guys… how they play these double-bass parts. But I’ve just always been old-school. Not many of us left, you know.”