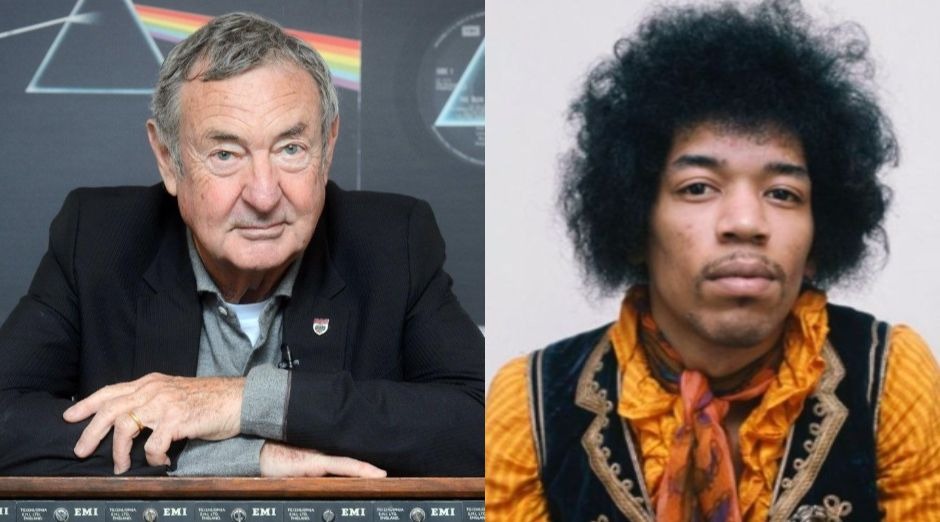 Pink Floyd drummer Nick Mason revealed in an radio interview his day job before being in the band and what was his opinion on Jimi Hendrix the first time he saw the musician.

“Well, I chose this because it was really covering two bases. First of all – big fan of Jimi Hendrix. I mean, I saw him the first time he came to the UK – it was an extraordinary evening.”

“He came on as a guest of Cream. And that in itself was a pretty extraordinary moment for me. Because that’s when I decided I wanted to be a full-on rock drummer like Ginger Baker rather than an architect. Which is the way I was heading at the time.”

“Plus the fact that the song itself was written by Bob Dylan. I’m a huge fan of Dylan as I think so many people in bands are. In fact, what happened after that was that eventually, when we became professional – actually, we didn’t become professional, but we actually went on tour with Jimi [in 1967].”

“It was one of those last great tour packages, with Nice and Jimi. I got to know [Hendrix drummer] Mitch Mitchell quite well, and he was terrific. I mean, that for me was, to have someone of that stature who was sort of interested in my playing was really important

“So I played for fun as a kid, but only for fun, and the idea of doing it as a sort of a job was quite extraordinary.”

When did Pink Floyd get together? Where did you meet?

“Well, there are really two strings to the way Pink Floyd was put together. One is a Cambridge connection from people who lived in Cambridge, and the other was I met Roger [Waters, bass] and [the late keyboardist] Richard Wright when we were at the [Regent Street] Polytechnic studying to be architects.

“And what happened was that someone came into our studio one day and said, ‘Does anyone here play an instrument?’ because there was a guy who was writing songs and he wanted to play them to a publisher.

“And Roger and myself and Rick would put our hands up so we started. Well, we learned these songs and played them. And what happened was the publisher went, ‘The songs aren’t bad, but the band is terrible.’ So after that, we were clearly going to be set on a different course.”