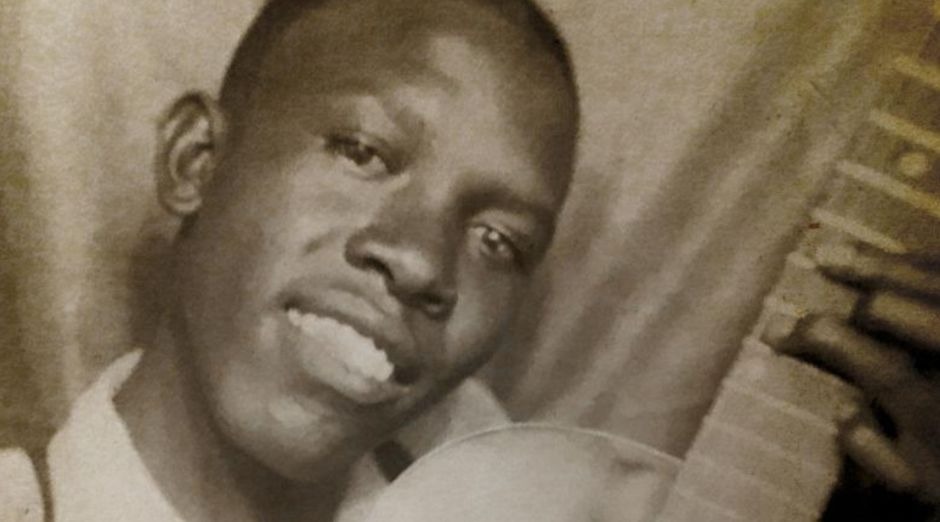 An unpublished photo of Robert Johnson, one of the most iconic musicians in the history of Blues, was released last May 20 by Vanity Fair. The image was revealed by Annye Anderson, Robert’s half sister, who will release a book about him, “Brother Robert: Growing Up With Robert Johnson“, on June 9th.

The click revealed by Annye Anderson draws attention because, according to her, it is only the third verified portrait of Robert Johnson that is known. However, Vanity Fair itself had released, in 2007, a “third photo” of Johnson.

The image revealed was taken in a photo booth in Memphis, United States, in the 1930s. The musician died on August 16, 1938, at the age of 27. He consumed whiskey poisoned with strychnine by the owner of the bar where he was performing and even recovered, however, with weak health, contracted a fatal pneumonia. There is also a legend that says Robert sold his soul to the devil in order to play the blues like no one had ever played before and that’s why he died too soon. 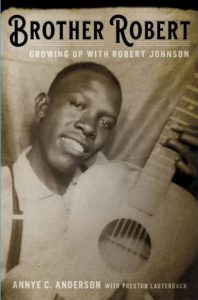 In the book, Annye Anderson talks about the Robert Johnson photo saying:

“There was a make-your-own-photo place on Beale Street, near Hernando Street. I’ve since learned that a man named John Henry Evans owned it. The photo place was right next door to Pee Wee’s, the bar where Mr. Handy wrote his blues. One day when I was 10 or 11 years old, I walked there with Sister Carrie and Brother Robert.”

“I remember him carrying his guitar and strumming as we went. You just walk in, drop a nickel in the slot, pull the curtain, and do it. There was no photographer. I had my picture made. Brother Robert got in the booth, and evidently made a couple.”

“I kept Brother Robert’s photograph in my father’s trunk that sat in the hallway of the Comas house while we lived there with my mother after my father died. After my mother died, we could only take so many things. I took my photographs with me, wrapped in a handkerchief.”

“I only carried a few belongings to Ma and Pops Thompson’s house. When I moved in with my sister Charlyne, I bought some furniture. I stored the photograph, along with others, in a cedar chest I bought. I’ve always had this photograph.”

“It shows Brother Robert the way I remember him—open, kind, and generous.He doesn’t look like the man of all the legends, the man described as a drunkard and a fighter by people who didn’t really know him. This is my Brother Robert.”