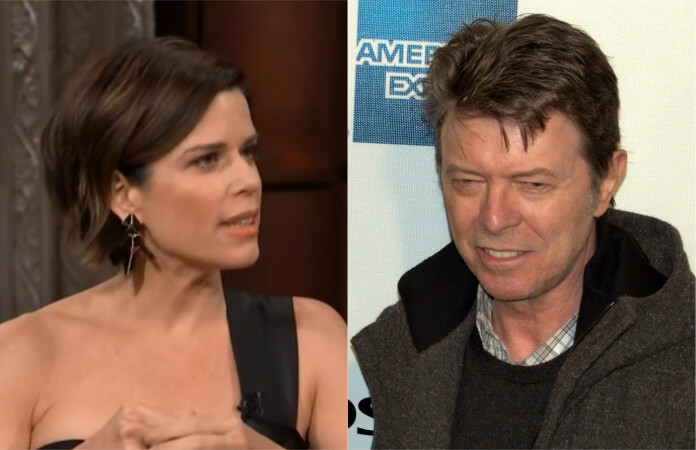 There are certain icons in show business that are almost impossible not to be known around the world and for generations to come. One of them is David Bowie, but it seems like at least one person on this planet didn’t know him.

Neve Campbell, an actress famous for the Scream franchise and films like Young Witches (1996), revealed in a new interview that she had no idea who the musician was when she worked alongside him. 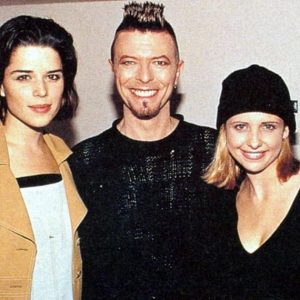 In conversation with host Stephen Colbert, Neve told of her experience performing Saturday Night Live in 1997. According to the Canadian actress, her knowledge of pop culture was very basic because of her focus on dancer’s career, and so she entered the universe of the movies “without the slightest idea” of some classics:

“I was pretty clueless for being a dancer. […] I trained since I was 6 years old, and when I was 9, I trained from 8:30 AM until 6 PM. […] Suddenly, I became an actress and out of nowhere these things began to happen to me, like the SNL. I had not attended too often, was not familiar with it. I was scared to death, and then I discovered that my musician was David Bowie. My friend Michael was like, ‘David Bowie, oh my God!’ And I was like, ‘Who is David Bowie?’ The experience was a waste to me because I had no idea.” 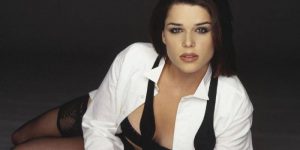 In the same interview, Neve also told of her estrangement from Hollywood when she lived in London for 10 years, saying that as soon as she was very successful she started receiving offers of “bland” movies of horror and romantic comedies. In England, she was unknown and could live a “normal” life, as she wanted.

The actress is releasing her new movie, Skyscraper, alongside Dwayne “The Rock” Johnson. The movie is already in theaters.