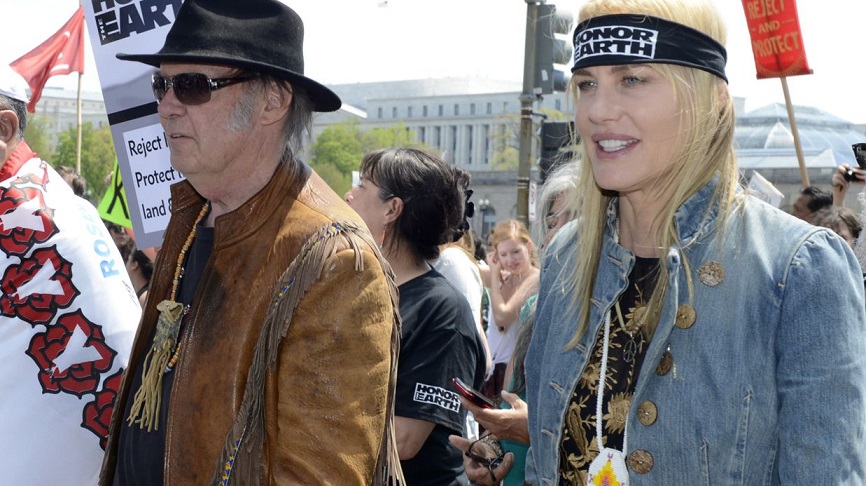 Neil Young has insisted that he and actress and director Daryl Hannah “don’t give a shit” about what people think about their relationship, which became public knowledge in 2014 soon after he filed for divorce from Pegi Young, his wife of 36 years.

The veteran songwriter appears in Hannah’s new movie Paradox, and also wrote its soundtrack. Discussing the production, Young responded light-heartedly to a line from the script, “Love is like a fart – if you have to force it, it’s probably shit.” He told Yahoo, “That sounds about right… She says I’m unruly, and I think she’s too tough, but aside from that, we’re great!” 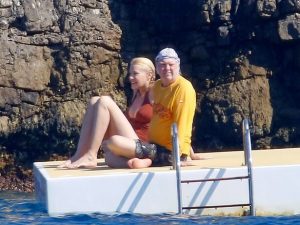 “We’re pretty real,” he continued. “As artists, we support each other and understand, because we both have an element of fame. We understand what that means.” His comment appeared to refer to the media speculation about their relationship, which led to former colleague David Crosby calling Hannah a “purely poisonous predator” – for which he later apologized. 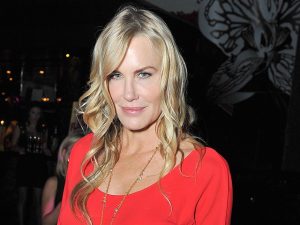 He also described how her lifestyle is rubbing off on him. “She’s helped me physically to be stronger; she’s got a really intense physical regimen she follows, and I crawl along behind her. We do pilates twice a week, sometimes three times a week, and get in the pool with weights. We have routines we do in the pool, a lot of stuff together like that. There’s always something. … I’m very lucky. We’re very lucky to have found each other. I’m eternally thankful for the opportunity to share my life with her, and she feels the same.”

The pair decided to make Paradox without any of the usual pre-production procedures. Instead, Hannah bought props and clothing from thrift shops, and Young decided to enjoy the creative process by having her tell him his lines, rather than reading the script. “It was just for fun,” he said. “We wanted to make a movie, so why not? We had all these people, everybody’s capable of doing it, and we had some time to kill. We started talking about it about a week before we did it. … We said, ‘Do you really want to do this? Yeah? OK, let’s get the tent.’ … We had no limitations. We just didn’t have any money.” 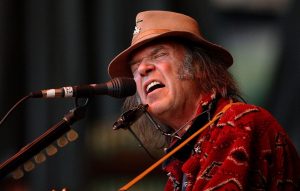 In 2016 Pegi admitted the public scrutiny had been difficult, telling Rolling Stone, “It was tough on all of us, for my kids and me. Everybody knew what was going on in my family. So we were as ready as we could be for all that. But it was just kind of awful to have it be all over, everywhere…. I’ve kind of gotten over the separation and divorce. I’m capable. I can do this.”

Paradox, described as “a fantasy, a loud poem and a free-spirited tale of music and love,” premieres on Netflix on March 23.