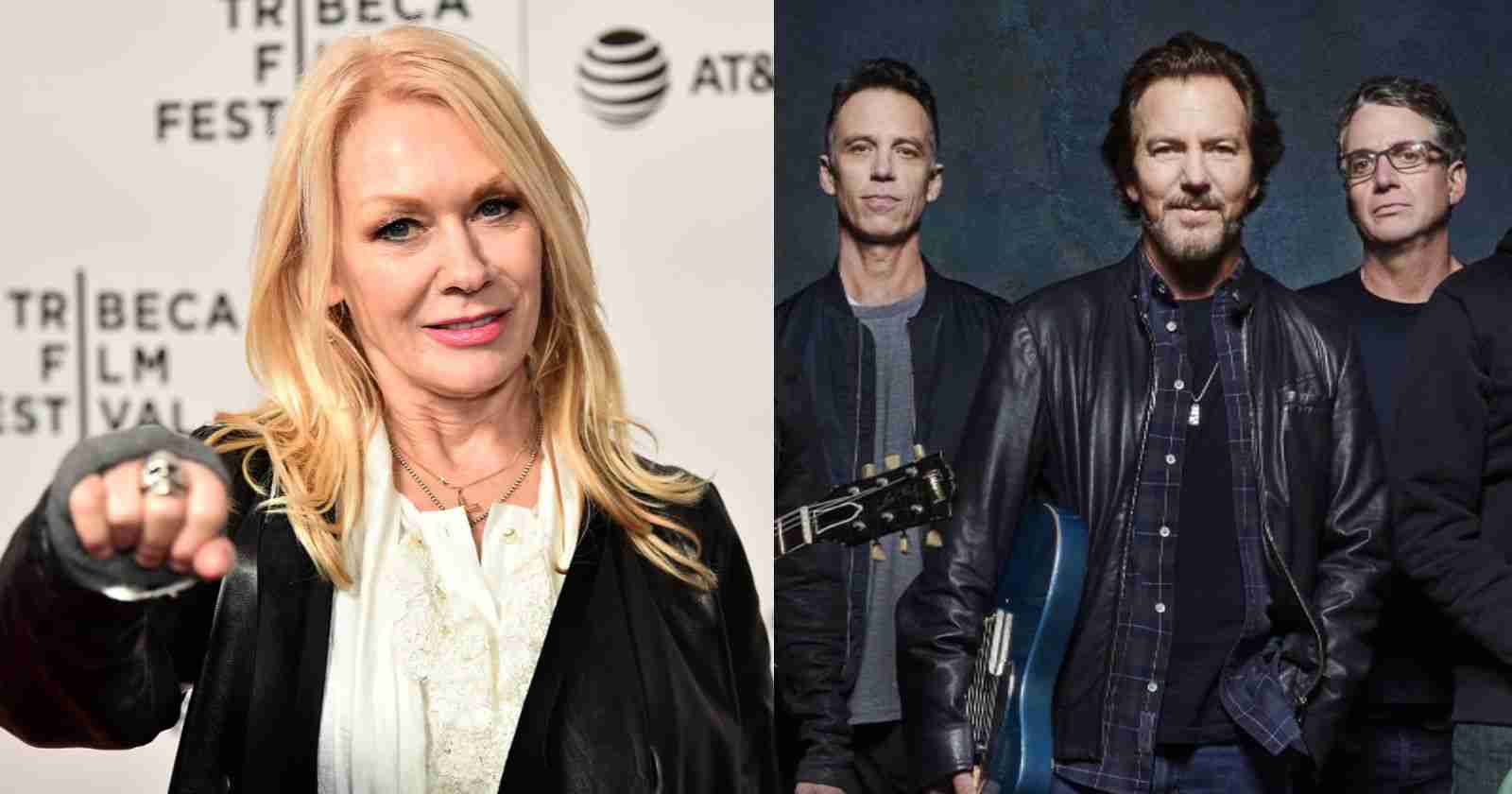 Heart guitarist Nancy Wilson recalled in an interview with Talkin’ Rock With Meltdown that the band gave money for Pearl Jam in the beginning of their career. With this help they were able to survive until they found Eddie Vedder to be the singer.

Nancy Wilson recalls Heart gave money for Pearl Jam in the beginning of their career:

“Yeah, we lend them some money. They lost their lead singer to overdose, the original singer, Andrew Wood from the Mother Love Bone band. Before they found Eddie [Vedder], they lost their record contract, and the tour they were gonna do. They said, ‘Could we just hitch up for a couple of months? Have some money to live on?’

“And we said, ‘Sure thing. We can set you up, and just call it ‘I owe you one.” And then, of course, they did really great things as a band. And they paid me back.”

You did the [2012] Kennedy Center Honors, playing ‘Stairway to Heaven’ in front of Led Zeppelin – that must have been an overload there.

“Well, yeah… I mean, no pressure, just play ‘Stairway to Heaven’ in front of Led Zeppelin, and the president, a bunch of dignitaries, and all that.”

You guys stole the show that night!

“That was a really cool night. We didn’t even see how it came off. S0 we started the show later and it was edited together. We haven’t seen how that play was reacting or anything that. So it was really special, and we have to see how it came together, the show itself.”

What was more nerve-wracking – the Rock N’ Roll Hall of Fame or the Kennedy Center Honors?

“Well, they were both pretty nerve-wracking, but the Hall of Fame maybe more – because we were kind of put together with the original line-up of the band, some of which have been our boyfriends in the past.”

“There was some drama involved. So we were kind of hoping there will be no daggers. There were a couple of daggers at first, but then everybody thought out, and it was fine.”