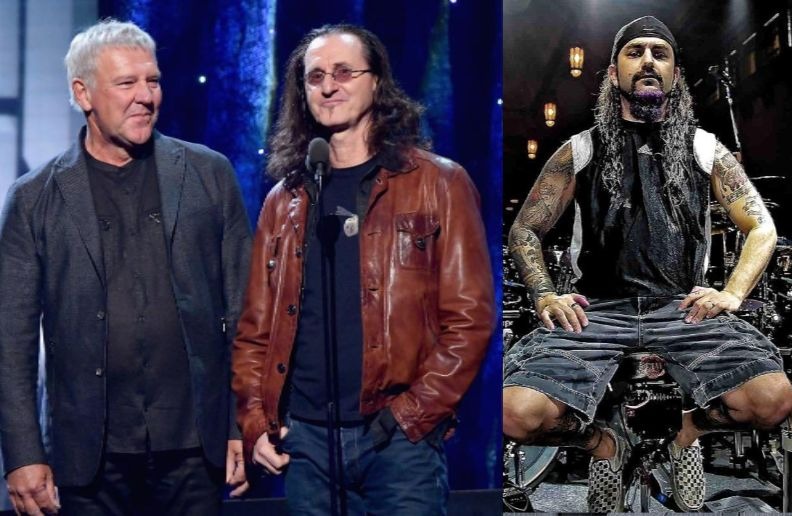 In an interview with Eric Blair, former Dream Theater drummer Mike Portnoy talked about the rumours that he could join rush replacing Neil Peart. He revealed if he talked to Geddy Lee and Alex Lifeson.

“Not recently. I had a brief e-mail exchange with Alex, I think when Neil announced his retirement.

“The reality is – look, those guys are my heroes and Neil as well, obviously. I would do it in a heartbeat if hypothetically it was ever asked.

“But I don’t think in a million years it would ever happen without all three of them. And I love and respect and honor Neil so much, I would never wanna do anything without his blessing.

“But that being said, in a hypothetical world, if the call ever came, yeah, it would be a dream gig for me. Of course.”

Talking about a Geddy Lee and Alex Lifeson collaboration that would not be called Rush, Portnoy said:

“Hey, I know the tunes. I’ve been playing ’em my whole life. In fact, I just did a really cool Rush tribute. It’s a steel drum tribute, with a pan drum orchestra of 50 different steel drummers and myself on drums and guitar and bass.

“We recorded a bunch of Rush songs, but with this 50-piece steel drum orchestra. It was really cool. That’s gonna be coming out in the next couple of months.”