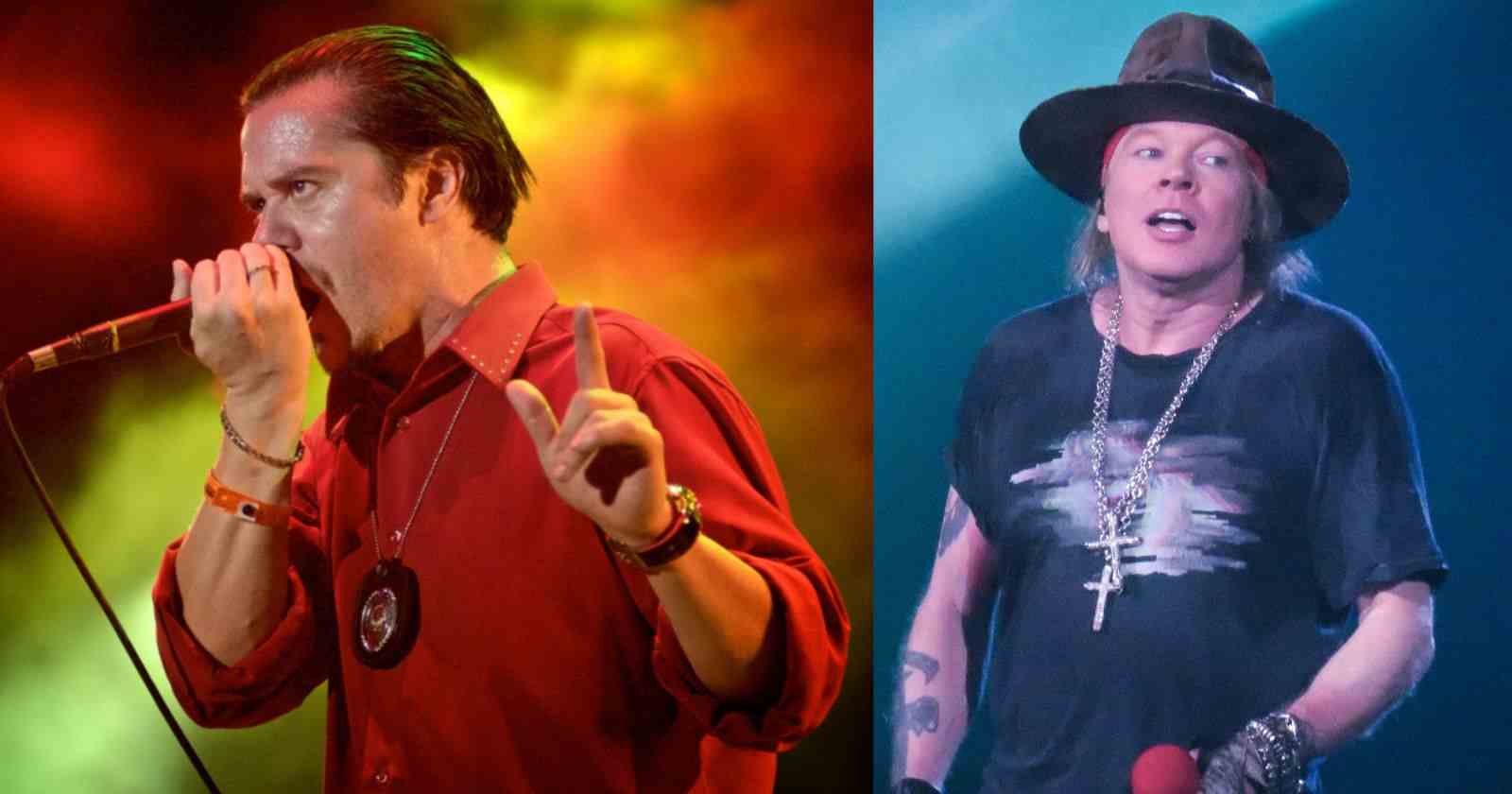 Faith No More singer Mike Patton recalled in a conversation with Scott Ian (Anthrax) and Andreas Kisser (Sepultura) the horrible pranks he pulled on Guns N’ Roses and L7. The musician blamed his ‘youthful stupidity’ for it.

“It was such a drag touring with [GNR], I hate to say it. They treated us like shit. They paid us really well, but we were really, just every day, looking for something fucked up to do. So one day, I just took it out, and I pissed all over his teleprompter.”

However, Patton recalled this wasn’t the worst prank with Guns N’ Roses

“What I did is I took a chocolate cake. It was at a big table of catering. I took this cake and I put some of my shit inside of it, [then] put it back there. And then we watched, because I was hoping like, ‘Oh, maybe Axl Rose will eat it.’ Instead, our crew guy fuckin’ picks it up. He’s about it eat it and I’m like, ‘Don’t do it! Don’t do it!’ Like, at the last second.”

According to Patton, he did a similar thing with the band L7, mixing his shit with an orange juice: “I thought it was funny. When you’re young, things land differently,” Patton explained. “[L7] were a little older than me, so they were like, ‘Man, fuck you. That’s fucked up.’”