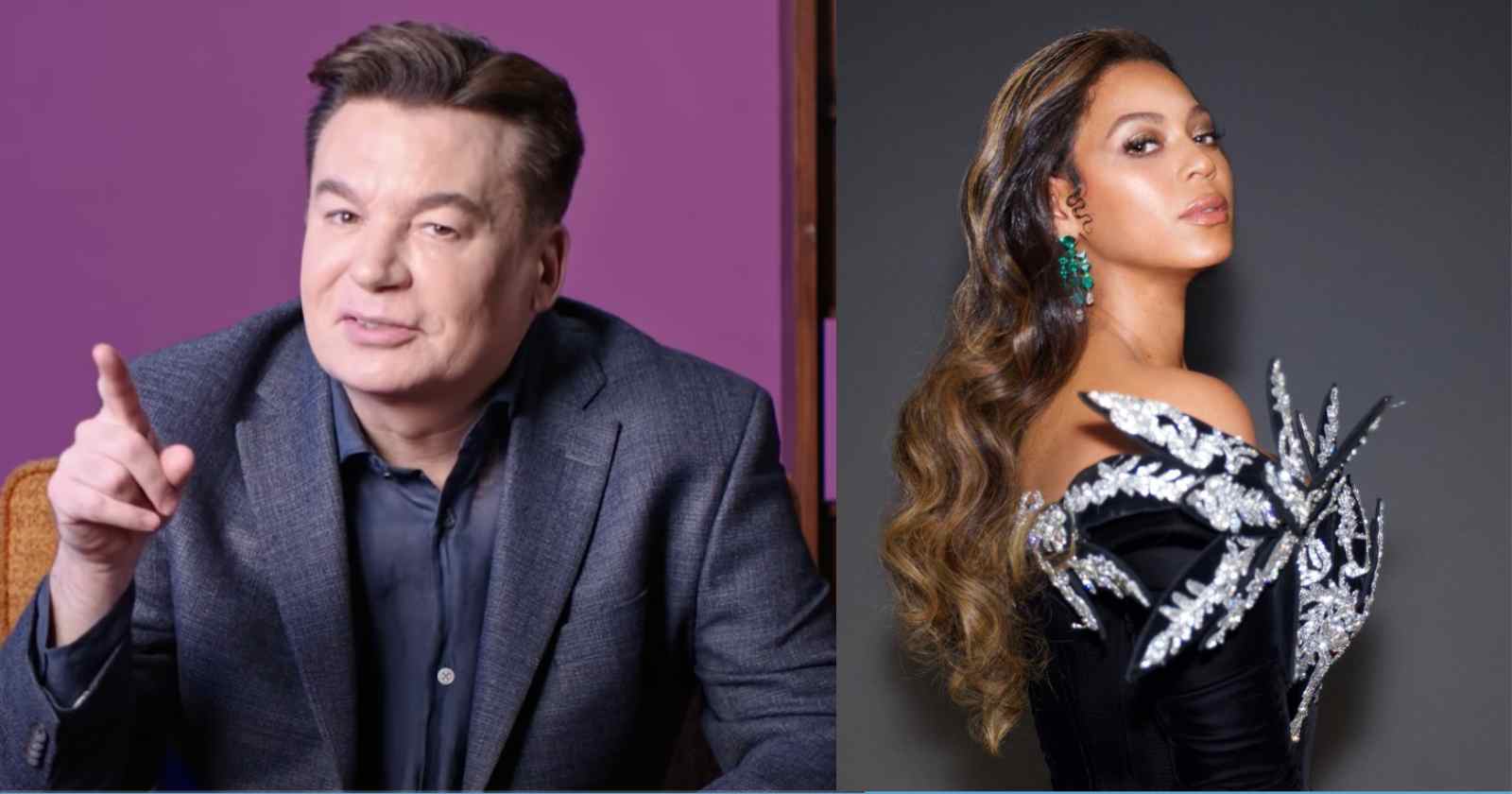 The Canadian comedian Mike Myers recalled in an interview with Vanity Fair (Transcribed by Rock and Roll Garage) that he was the person that presented Led Zeppelin’s music to the pop star Beyoncé when she acted in his successful Austin Powers sequel “Austin Powers in Goldmember”.

In the same interview he recalled that he had to fight for the people involved in the “Wayne’s World” 1992 movie to do Queen‘s “Bohemian Rhapsody” song in the scene were the characters sing the track in the car. “They wanted to do Guns N’ Roses, which I love Guns N’ Roses. But I dind’t had anything funny for it.”

“Then Lorne (Michaels – Producer) went ‘You really wanna do it?’ And I went ‘Yeah’. So Lorne fought for it on my behalf. Dana (Carvey) and I talked about five days ago about our neck still hurt from (that scene). That was easily 200 takes, over two nights in some town outside of Los Angeles. I just couldn’t believe I was in a movie.”

Myers recently released series called “The Pentavirate” on Netflix that shows a secret society has influenced world events for centuries. One of the characters he plays is the famous talent manager, Hollywood film agent, and producer Shep Gordon. In 2013, Myers directed a documentary about Gordon called “Supermensch: The Legend of Shep Gordon”.

Born in Toronto, Ontario, Canada back in 1963, Mike Myers is known for being an ex-Saturday Night Live member and movies like Wayne’s World (1992), “Austin Powers: International Man of Mystery” (1997) and “Shrek” (2001). He also played a fictional record executive in Queen’s biopic “Bohemian Rhapsody” (2018).