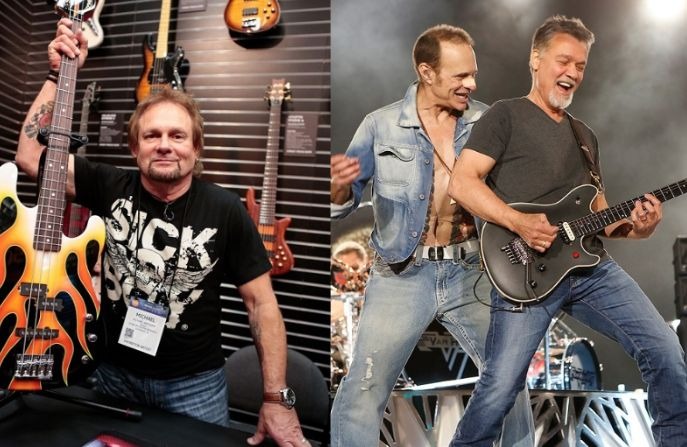 Former bassist Michael Anthony put an end to rumors that there would be a meeting of the original Van Halen members.

A new rumor had suggested the reunion of the original formation of Van Halen. That would include Anthony, who has not played in the band since 2004. That would be the quartet’s first performance. The original lineup includes David Lee Roth, Eddie Van Halen and Alex Van Halen since 1984.

“The only comment I have to make is that I have not talked to any of the guys since we played together in 2004,” Anthony said.

He added that despite talking to Alex Van Halen over the phone a couple of years ago, it was just a casual conversation.

Rumours about the reunion

Journalist Eddie Trunk said on his radio show that Van Halen should be back on the road in 2019 with a tour on American stadiums. According to Trunk, the tour may mark the return of original bassist Michael Anthony, replaced in 2006 by the son of guitarist Eddie Van Halen, Wolfgang.

“I’ve been hesitant to talk about it because every year there’s a rumor that Van Halen is about to do or announce something, and lately, that does not happen, but I’m starting to hear some rumors. I can’t name the source, but one person in the music industry told me that he heard from some people that Van Halen will actually be active in 2019 in terms of shows,” Trunk initially said.

“The rumors are – and I emphasize that they are rumors – from reliable sources is that the band will tour in 2019 with their original lineup, which would mean the return of Michael Anthony, and that would be something meant for stadiums,” added the journalist.