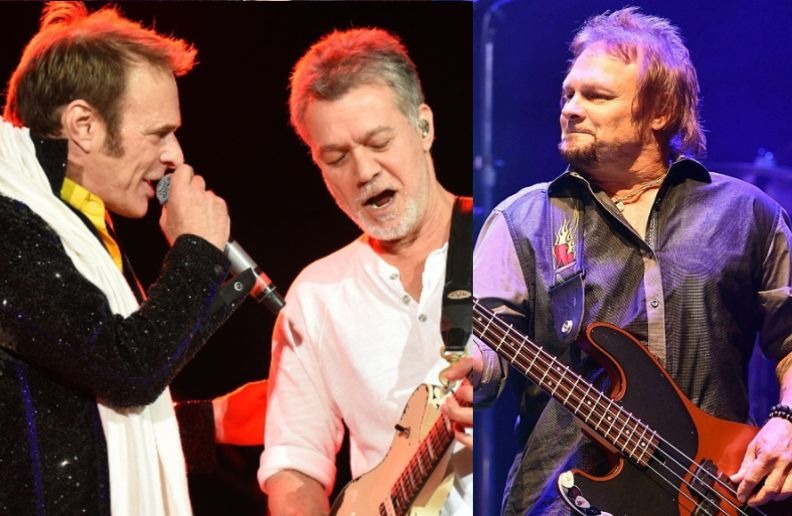 Metalhead Zone reported that a Warner/Chappell Music employee named Tomas Bmyr has stated that Michael Anthony will reunite with Van Halen, but only as a special guest for a six-date run across US stadiums.

“Van Halen will be touring in 2019. As you know, I work at Warner, and we have, by being the label of many incredible artists, information from their management.

“An official announcement is coming VERY soon, but here’s what you need to know, to clarify the rumors of recent months, including this return more or less awkwardly announced by David Lee Roth.

– This is not a tour itself, but 6 dates in American stadiums, during the summer to come.

– The band will be going to Las Vegas for 5 additional dates, in December.

– It’s not a farewell tour.

– The line up is the same as the last years: Eddie, Alex, Wolfie, and David. However, to answer the rumors of reformation of the original line up, YES, Michael Anthony will be of the part, but it will be only appearances with each concert, featuring, at a given moment of the concert… indeed, Mike will come on stage with his bass Jack Daniels and begin his famous bass solo, before playing ‘Somebody Get Me a Doctor,’ which he will sing himself, as in 1998 and 2004. By cons, I do not know if Wolfie will be on stage at that time … [What] Eddie Trunk said [was] true. Mike too, since he is not allowed to talk about this project …

– No interview will be granted, no one wants to justify the war against Anthony and [Sammy] Hagar, and this unexpected return, it seems that this is a big financial and legal history: Last year, Van Halen wanted to celebrate the 40th anniversary of the first album, turning and re-recording the first album, but with Wolfie on bass. Anthony opposed this. Not out of revenge for his ouster, but compared to the fans, which generated a legal and financial battle, which gave rise to this project: Van Halen featuring Michael Anthony, for dates in stadium [venues], and Vegas ….

– Sammy Hagar is not part of the project, this one refused, Mike had the idea to include it but each of the two parts did not agree.

– The visuals with the planes I shared last year were real, they were prototypes of posters for the abandoned 2018 tour. Funny that it went around the net!

“The official announcement arrives at the end of the month/beginning of March!”