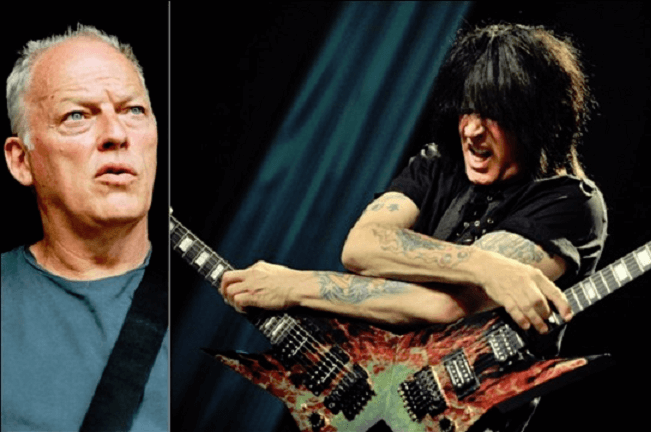 “Sometimes many players think that I am going out of my way to outdo them. That’s not the case – I never have.

“I just happen to be extremely knowledgeable about music. I took my music degree seriously – I’m a student of music. I study new bands, I study everything from what’s happening today. I’ve released so many instructional programs and I was a columnist for Guitar World.

“People have these absolute truths where they postulate that, ‘Oh, he can’t play with feeling.’ And then Gilmour’s name comes up…

“I mean, I love David. ‘David Gilmour can put more in one note.’ I’m so tired of that cliche.

“What people tend to forget and not realize is that these are instructional programs, okay? I have a great vibrato, I have an original tone, I pick in an unusual way, I toured all over this planet, I’m older and I’ve never been hurt, and I’m still as fast as I was when I was younger.

“And so, you know, if you just take a step back… I think especially guitarists are such a jaded lot.”