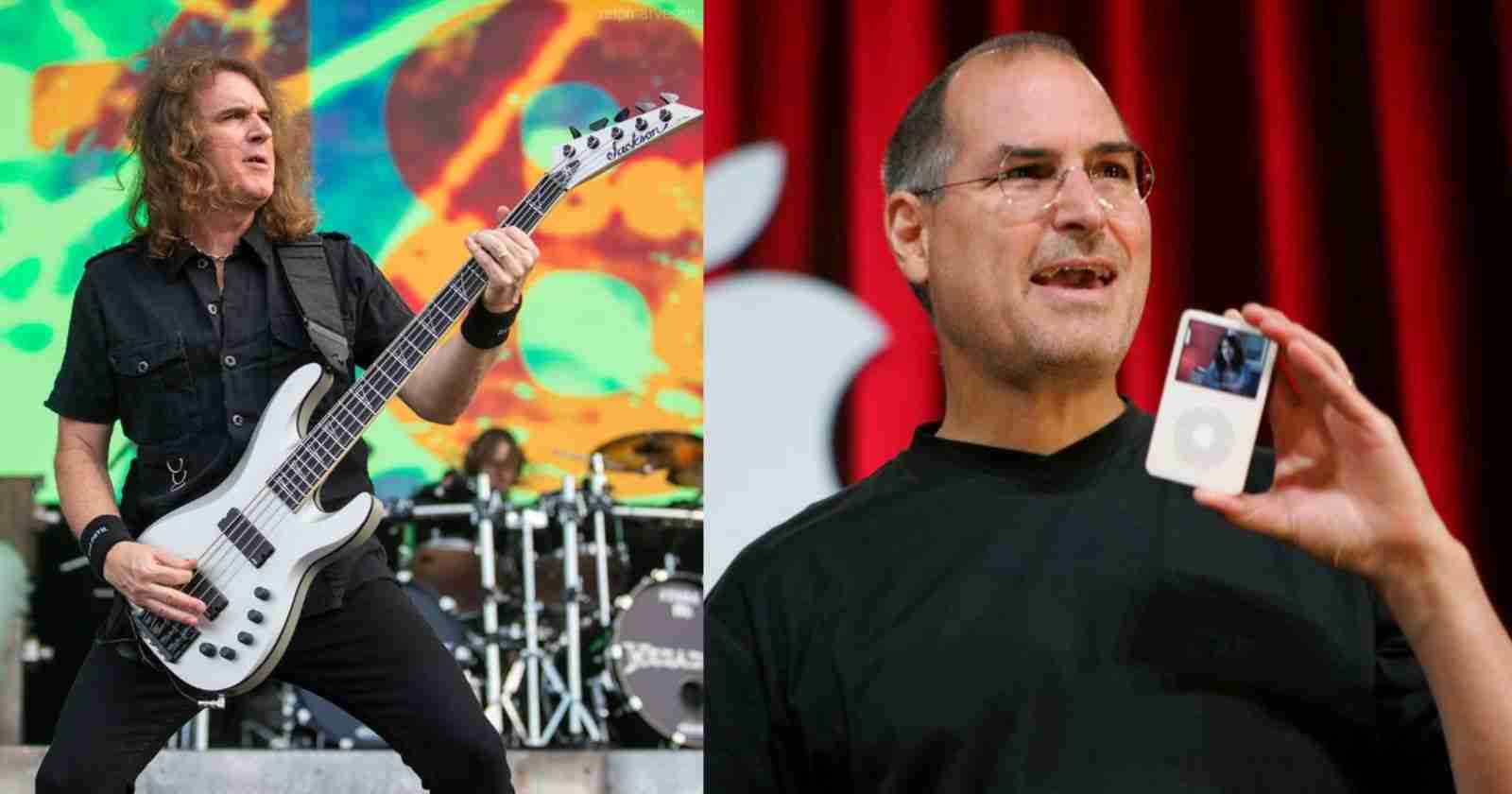 Megadeth bassist David Ellefson said in an interview The Five 10 podcast that Apple’s Steve Jobs saved the music business when he created the Ipod. The musician recalled Metallica’s fight against Napster in the 2000’s and how he reacted to that changed at the moment.

“I think you just roll with the punches. I remember when the whole Napster thing was going on, and Lars, in particular, of Metallica was fighting the good fight, and they were absolutely right. And I remember our manager saying, ‘Oh, don’t jump into that controversy. You’ve gotta be careful.’ And I said, ‘Fuck that. They’re wrong.”

“They’re stealing our music. They are wrong, and Lars is right.’ Unfortunately, it was an unwinnable battle. It’s like looting — somebody just opened the front door of Walmart, and everybody ran in and stole everything. So even they had to just sort of back off and let it take its course.”

“Thank God for our pal Steve Jobs who, in my opinion, saved the music business. Even though it was self-serving ’cause he wanted to sell iPods — ‘Hey, I’ve got a device. How do I get the music on there?’ — but Steve, to his credit, in his time away from Apple, he had made friends with [David] Geffen and [Jeffrey] Katzenberg and all these guys down in Hollywood, and he understood Hollywood. He understood the film business, the music business, so with him being a computer guy, he rallied it together. 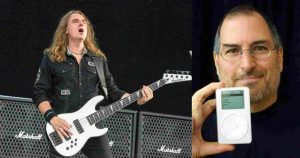 “I still buy everything on iTunes. I subscribe to Apple radio. I don’t subscribe to Spotify. I don’t give them my money, since they don’t give me very much of my money. But Apple pays well, so thank you, Apple. And I buy all their products, and I own their stock. So I’m an Apple guy, through and through.”

About the future of music distribution, Ellefson said:

“Well, look, who knows? I mean, all I know is we live one day at a time… So, the future — who knows? I mean, China sneezes on us, and now we’re doing Zoom meetings. Who knows? So to predict the future… Again, I think you just kind of take it one day at a time. I think the biggest thing about it is just be resilient. People ask, ‘Do you have any advice for musicians?’ And it’s just learn to play along, learn to play nice, learn to play nice with your bandmates and the world around you. Because things change quickly. Someone who was playing behind you last year is now the headliner over you this year, and that’s how it goes. So, be resilient.”