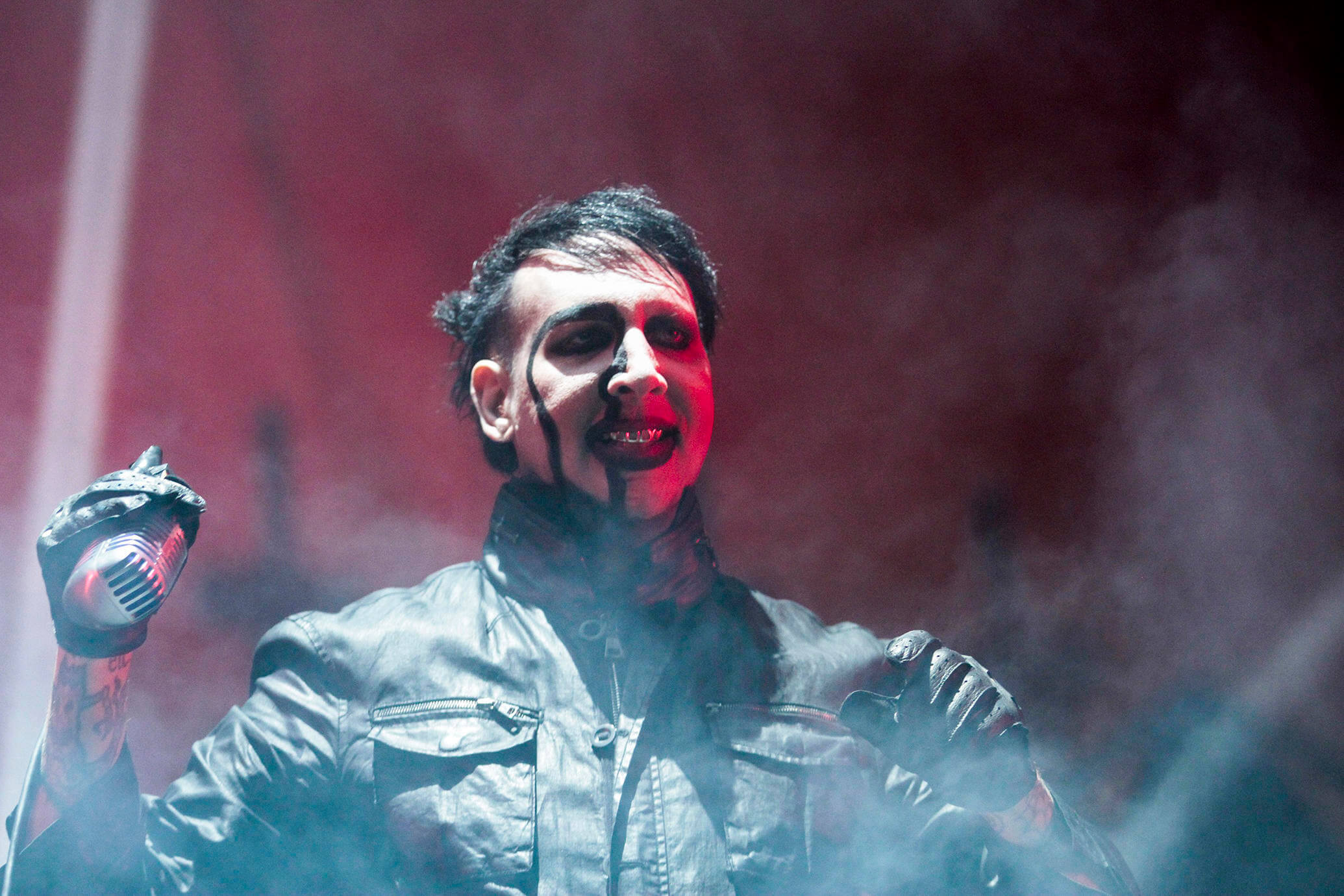 Marilyn Manson gave the first interview after being crushed by a falling stage prop two weeks ago. He revealed that the giant structure of two guns broke his leg in two places, with the musician calling the pain “excruciating.”

The incident happened in New York City while Manson was performing his cover of “Sweet Dreams” at Hammerstein Ballroom. After coming in contact with the prop, it fell forward onto Manson, ending his show prematurely. “I only recently watched the video of it,” Manson tells Yahoo. “I can see how it could look terrifying. It was terrifying for me, because the truss was not secured properly.”

“I wasn’t trying to climb it. It started to fall and I tried to push back and I didn’t get out the way in time. I’m not sure what I hit my head on, but it did fall onto my leg and break the fibula in two places. The pain was excruciating.” 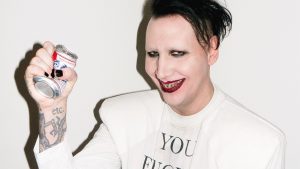 After being stretchered out of the venue, doctors inserted a plate into Manson’s leg and placed 10 screws into his fibula, plus one in his ankle. The Antichrist Superstar is now recovering in a cast. “It definitely could have crushed my skull and my ribs,” Manson says. “I have some minor bruising in that area, but it took six guys to pull it off of me. It was like wrestling a giant iron monster.”

“The thing that pisses me off most is that I’m not onstage, because that’s where I should be,” he says. “And with a cast on my leg, it’s hard to talk about the excitement of the tour. It got cut off right as I was about to put it into second gear. But I’ll be back there really shortly and it’s going to be as exciting as it was starting out.” A heavy believer in fate, Manson feels like it was “part of a bigger plan” of some kind.

As a result of his injuries, Marilyn Manson has rescheduled his October tour dates for early 2018. Fans looking for refunds may receive them at their point of purchase. Manson will make his onstage return at Ozzfest Meets Knotfest on Nov. 5. Check out Manson’s full list of 2018 U.S. tour dates below.