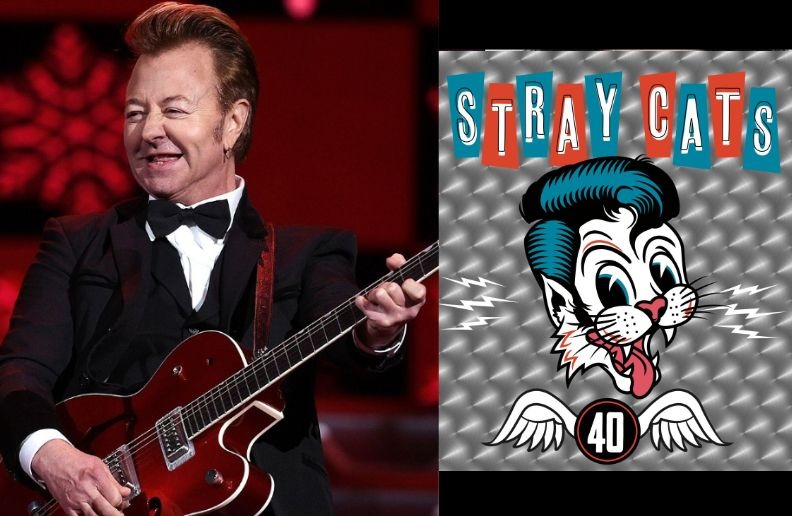 Stray Cats, the veteran rockabilly band is back! And it’s a special meeting as the goal is to celebrate the group’s 40th anniversary.

Listen the song below:

Brian Setzer, vocals and guitar, Lee Rocker on bass, and Slim Jim Phantom on drums will have Sean Arnett on guitar this year.

Stray Cats are an American rockabilly band formed in 1979 by guitarist and vocalist Brian Setzer, double bassist Lee Rocker, and drummer Slim Jim Phantom in the Long Island town of Massapequa, New York.[ The group had numerous hit singles in the UK, Australia, Canada and the U.S. including “Stray Cat Strut”, “(She’s) Sexy + 17”, “Look at That Cadillac,” “I Won’t Stand in Your Way”, “Bring it Back Again”, and “Rock This Town”, which the Rock and Roll Hall of Fame has listed as one of the songs that shaped rock and roll.

The group, whose style was based upon the sounds of Sun Records artists and other artists from the 1950s, were heavily influenced by Eddie Cochran, Carl Perkins, Gene Vincent and Bill Haley & His Comets.