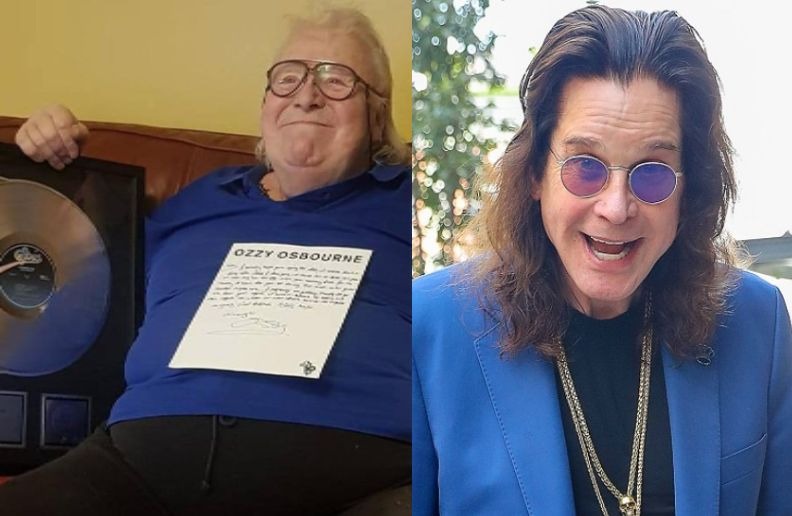 In an interview with Eddie Trunk, the original Ozzy and Uriah Heep drummer, Lee Kerslake talked about the platinum albums he received from Ozzy. He had his wish fulfilled by Ozzy Osbourne’s team. The musician, who has terminal cancer, received the two platinum albums he had requested in a recent interview for his work with Madman on his first two studio albums – Blizzard Of Ozz (1980) and Diary Of A Madman “(1981).

You had just started to make news when you spoke about the fact which just shocked people – that you did not have platinum records for the first two Ozzy records which you, of course, played on. How did that initially come out? The story that you had never gotten those awards…

“At that time, I’m back with Heep, I’m doing my thing and not worry, at least people know I was on it, and then I let it go. Then, last year I was told that I had about a year to live. A kick in the teeth, I must admit, but it is what it is.

“And I went to fulfill my bucket list, and one of them was, I wanted to get a couple of records, platinums, put them on my bedroom wall, so every time I went to sleep if I never wake up, I always saw them, and I’ll be happy with what I’ve done; satisfied that I’ve done quite the hell of a lot.

“And, I thought nothing of it, but I wrote a letter from my heart to Ozzy saying that I haven’t got long but that I won’t quit, and I sent it via my manager. He gave it to Ozzy and Ozzy replied with a lovely letter back to me and two albums. Well, in fact, there were seven platinum albums [because they’re multiple-times platinum].

“That was on my bucket list, that I was proud, and he sent me a lovely letter and I just buried the hatchet and I sent back another letter and I gave them my love, and that’s it, it’s done.”