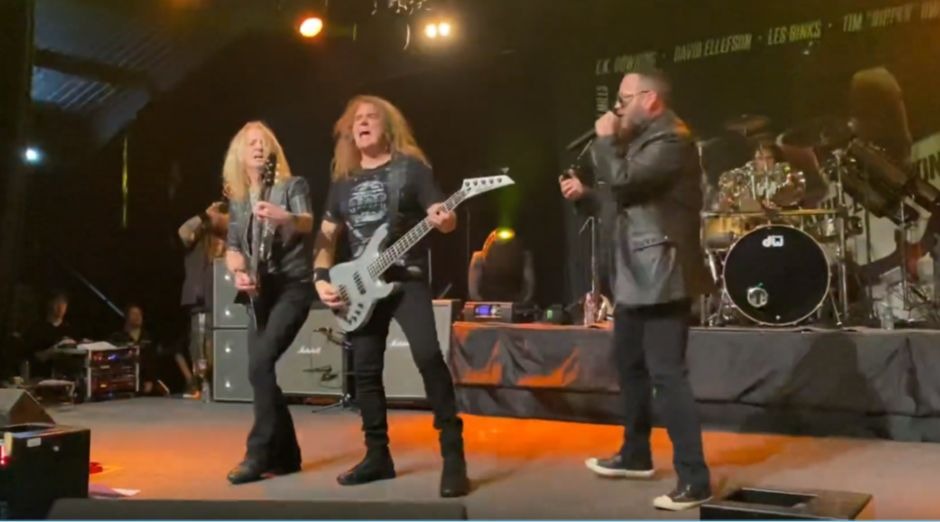 Watch videos of the concert:

Downing doesn’t have a nice relationship with the band since he left Priest on 2011.

About being nominated again, he said:

“Yeah, it’s great, because it’s some accolade, really. The Hall of Fame, it’s not easy to get in there.

The question has to be asked about the possibility of your playing with Judas Priest, should the induction happen.

“Yeah, that’s an interesting one really. I don’t know what the deal is; if a nominated person like me or Les Binks gets in, are we entitled to play? I don’t know how that all works, but I guess we’ll fathom that all out.

“I would imagine for one day that people can sensibly think, ‘Well, it doesn’t matter. Nothing else matters; what matters is that we’ve achieved this.’

“Collectively, we have played our part, and it should be a moment of splendor really, and enjoyment, and something that we can be pretty grateful of. And it doesn’t hurt, you know?

“It’s often said that funerals bring people together – that’s not to say that getting in the Hall of Fame’s a funeral! – but this could maybe have an effect that it just gives us the opportunity to get together and get on the stage and just enjoy the moment, really.”