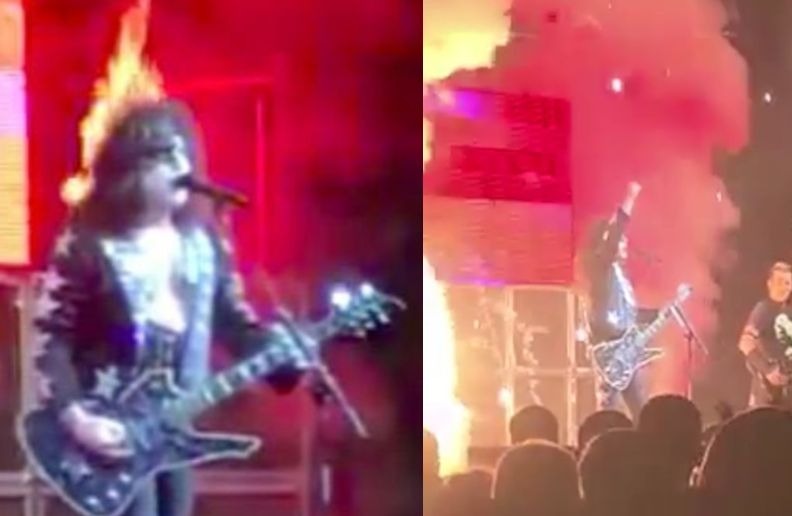 A tribute band called Hairball that covers many classic rock bands in one night, like KISS, was performing in Sioux City, Iowa. They were playing the classic “Detroit Rock City” when the pyrotechnics went off and sent a spark into the hair of lead singer and guitarist Bobby Jenson.

It took some seconds for his head to be completely covered in flames, not once did Jenson and his bandmates stop performing. If you were to listen to the audio recording of this particular performance, you wouldn’t even notice that anything like this has happened.

The backstage crew manage to control the fire in his head quickly while he was still singing.

The singer said about the incident

“We’re not a KISS tribute but an everybody tribute in one night! All your favorite Rock Icons and KISS is just one small part of the show.”

“It wasn’t a wig but my hair and I did know right away.”

On the Original KISS band, the bassist and singer Gene Simmons makes a live performance with fire in every show characterized as The Demon. Simmons is also known for his large tongue and for vomiting blood in the stage.