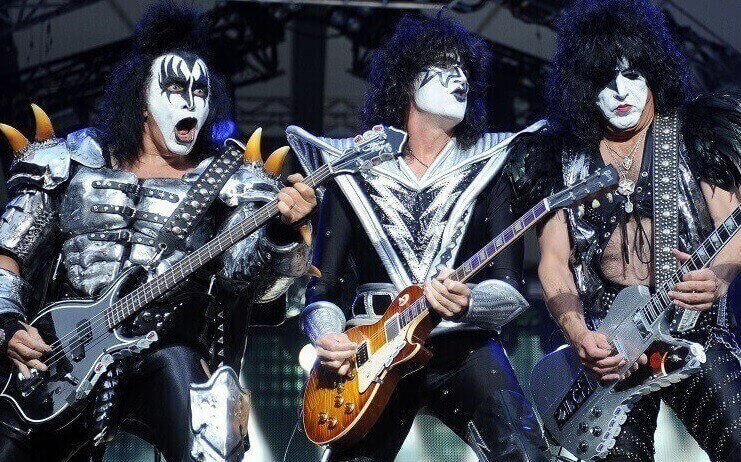 Kiss fans have been pointing that the band is using playback during the gigs on their cruise, Kiss Kruise, this weekend. The trip began on Wednesday (31) and runs through Monday (5) with a series of concerts of the group, as well as presentations by guests such as Ace Frehley and Bruce Kulick, among others.

In comments of a video with the performance of “Heaven’s On Fire”, captured during the show performed last Saturday (3), fans said that vocalist and guitarist Paul Stanley, in particular, has used a lot of prerecorded voices . Some posts also point out that drummer Eric Singer has exaggerated the use of trigger, a feature that leaves the parts of the drums with the same volume – and sometimes used when the percussionist no longer has the same strength of other times.

“I can see another Milli Vanilli-type incident taking place along the road,” said one Internet user, citing the duo who missed out on a Grammy after being spotted scamming their shows and albums. “They can gain good lip sync practice on this cruise,” said another. “Eric’s drums sound like a trigger in everything I’ve heard since ‘Alive III.’ There’s no dynamics, everything sounds the same volume all the time,” a third said.

Two moments of the video – 0min24sec and 1min13sec – are being singled out as the most obvious in terms of playback.

Check out the repertoire played by Kiss on the night in question – which can serve as the basis for the farewell tour, “End Of The Road”: