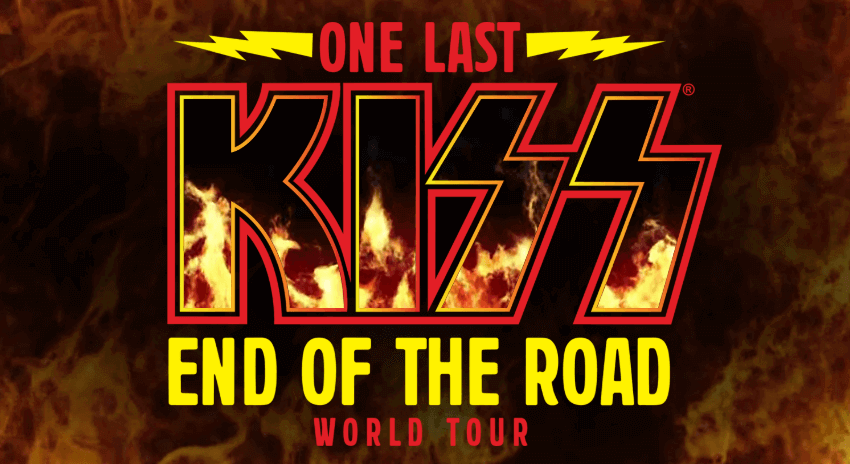 In appearance on “America’s Got Talent” 13’s season finale, KISS confirmed that their next tour called “The End Of The Road” will be the last one from their career.

“This is gonna be our last tour. It will be the most explosive, biggest show we’ve ever done. People who love us, come see us. If you’ve never seen us, this is the time. This will be the show.”

Gene Simmons has recently talked with Expressen newspaper, from Sweden, that next Kiss tour will happened for three years, sayinh that it will be the bands most spectacular tour ever and will pass through all the continents.

You can see more details in their official website.

The rumours began a few months ago when the band was attempting to trademark the phrase “The End Of The Road.” An application from KISS was filed in February to the United States Patent and Trademark Office, and that means that the band could use it in connection with “live performances by a musical band.”

Read what Paul Stanley said about it:

“The ‘Farewell Tour’ was to get off the stage with our tails between our legs while we still had some self-respect left,” Simmons explained. “And it became very clear the fans didn’t want us to go.”

Gene Simmons stated a few months ago that they would be able to continue for so long:

“So we’re not gonna be able to do it into our 70s, and I’m 67 now,” he explained. “We’ll do it for a few more years, and then when we think it’s time to go, we’ll go, and we’ll do it the right way, with a big party. I’d like to think that we would do something that rocks the planet — something big and worldwide and maybe free.”