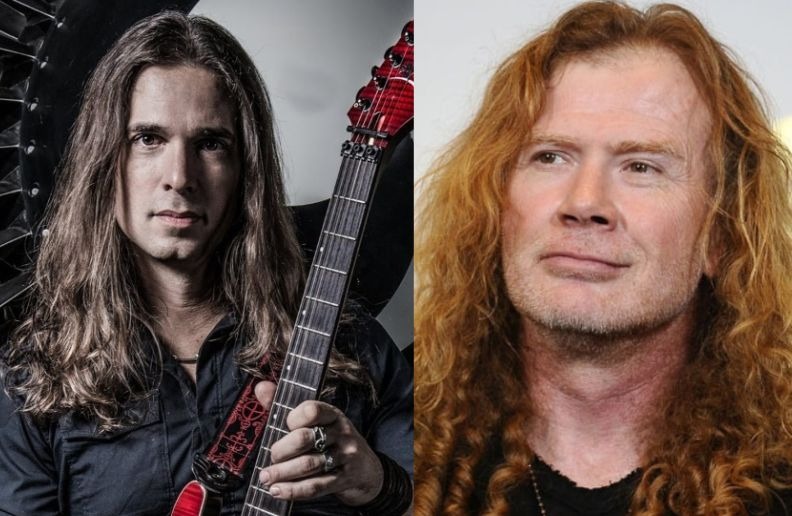 The virtuoso brazilian guitarist Kiko Loureiro talked with BackStage360 recently about how he got the invitation to join Megadeth back in 2015.

“[My old band] Angra, we had a gold disc in Brazil, and then we released the album in Europe in 1994. And that was quite successful – I mean, for a small band from Brazil, because there was almost no bands from Brazil.

“We started playing South America too, and then the band was growing. And we had lineup changes throughout the ’90s and 2000s. We recorded many albums, and I think I was quite experienced in touring and recording.

“I came to California in 2012, and maybe two years later, I got an e-mail from [Megadeth bassist David] Ellefson. Actually, I jammed with Ellefson in a Metal All-Stars kind of a show in Sao Paulo.

“So I met him, he got my contact, and maybe six months later, he called me and said, ‘Look, Dave [Mustaine] is gonna call you. Is that okay?’

“Then I went to Tennessee, to Nashville, to meet Dave Mustaine. And then we hang for a day there, and then two days later, I was in Megadeth.”