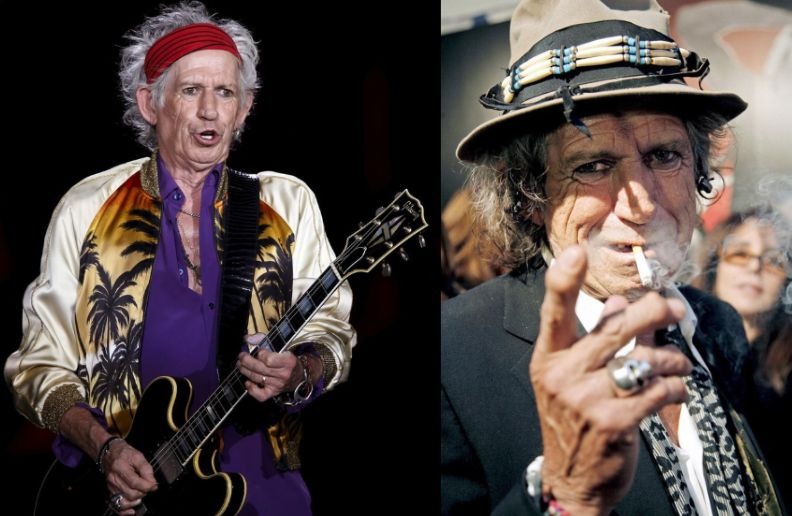 Guitarist Keith Richards managed to quit many of his addictions over the decades, but there is one that he considers to be more hard to quit than heroin, that is nicotine.

He said to Mojo:

“I have tried. So far, unsuccessfully. Lou Reed claimed nicotine was harder to quit than heroin. It is.”

“Quitting heroin is like hell, but it’s a short hell. Cigarettes are just always there, and you’ve always done it. I just pick ’em up and light ’em up without thinking about it.”

“Lately, in fact – spread the news – I’ve managed to cut it down by a substantial amount every day,” Keef explained.

“I’ve knocked the hard stuff on the head. I have a little wine with meals, and a Guinness or a beer or two.”

“He’s a pleasure to work with. Much more mellow,” Wood observed. “He’s open to more ideas, whereas before I’d kind of grit my teeth and go, ‘He’s gonna give me some shit for saying this.’ Now, he’ll say, ‘That’s cool, man.’ ”

“You get up there and do what you love to do, and fortunately so do millions of others. It’s not something to turn your nose up at, you know.”

Keith Richards is an English musician, singer and songwriter, best known as the co-founder, guitarist, backing vocalist, and co-principal songwriter of the Rolling Stones. Rolling Stone magazine called Richards the creator of “rock’s greatest single body of riffs” on guitar and ranked him fourth on its list of 100 best guitarists in 2011, and the magazine lists fourteen songs that Richards wrote with the Rolling Stones’ lead vocalist Mick Jagger on its “Rolling Stone’s 500 Greatest Songs of All Time” list.