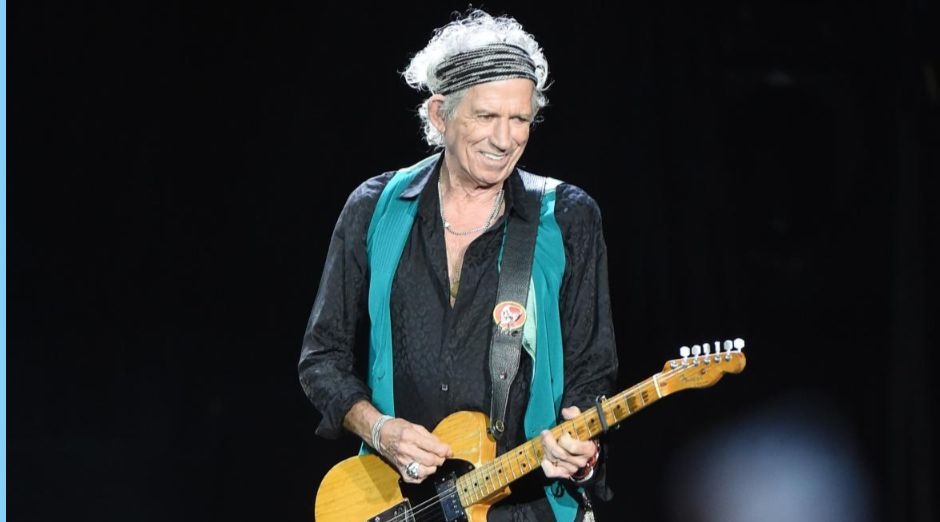 “Legendary Rolling Stones guitarist Keith Richards chose his 10 favorite riffs of the band in an interview with Guitar World back in 2005. The songs chosen were from different era’s of the band, from the 60’s to the 80’s and explained why.

Keith Richards: “When I (Keith Richards) wrote the song, I didn’t think of that particular riff as the big guitar riff. That all fell into place at RCA [recording studio in L.A.] when Gibson dumped on me one of those first Fuzz-Tone pedals. I actually thought of that guitar line as a horn riff. The way Otis Redding ended up doing it is probably closer to my original conception for the song. It’s an obvious horn riff. And when this new Fuzz Tone pedal arrived in the studio from the local dealership or something, I said, “Oh, this is good. It’s got a bit of sustain, so I can use it to sketch out the horn line.”

Keith Richards: “The main riff is a 12-string with a slide on it. It’s played slightly Orientalish. This was even before sitars were used in rock music. It just needed something to make it twang, ’cause otherwise the song was quite vaudeville in a way. And it was just one of those things where somebody walked in with it and we went, “Look, it’s an electric 12-string.” It was just some gashed-up job. God knows where it came from or where it went, but I put it together with a bottleneck and we had a riff that tied the whole song together. There’s probably some gypsy influence in there somewhere.”

Keith Richards: “Brian [Jones, Rolling Stones founder and Keith Richards’ original co-guitarist] got into the sitar and used it on a few things, like Paint It Black. I found it an interesting instrument, the idea of the sympathetic strings underneath that resonate to the strings on top. But as far as actually playing it – leave that to the Indians. There’s just something about the strings; they were too thin. But Brian loved to dodge around and play dulcimers, mandolins – things like that.”

“[Former bassist] Bill Wyman was also instrumental to the sound of Paint It Black by adding the organ pedals. That song is another one of those semi-gypsy melodies we used to come up with back then. I don’t know where they come from. Must be in the blood.”

Keith Richards: “Jumping Jack Flash comes from this guy, Jack Dyer, who was my gardener – an old English yokel. Mick and I were in my house down in the south of England. We’d been up all night; the sky was just beginning to go gray. It was pissing down raining, if I remember rightly.”

“Mick and I were sitting there, and suddenly Mick starts up. He hears these great footsteps, these great rubber boots – slosh, slosh, slosh – going by the window. He said. “What’s that?” And I said, “Oh, that’s Jack. That’s jumpin’ Jack.” We had my guitar in open tuning, and I started to fool around with that. [singing] “Jumpin’ Jack…” and Mick says, “Flash.” He’d just woken up. And suddenly we had this wonderful alliterative phrase. So he woke up and we knocked it together.”

“On the record, I played a Gibson Hummingbird [acoustic] tuned to either open E or open D with a capo. And then I added another [acoustic] guitar over the top, but tuned to Nashville tuning [tuned like a 12-string guitar without the lower octave strings]. I learned that from somebody in George Jones’ band, in San Antonio in ’63. We happened to be playing the World Teen Fair together. This guy in a Stetson and cowboy boots showed me how to do it, with the different strings, to get that high ring. I was picking up tips.”

Keith Richards: “Mick brought that to the studio as a very Bob Dylanish kind of folk guitar song, and it ended up as a damned samba. I think that’s the strength of the Stones: give them a song half raw and they’ll cook it.”

Keith Richards: “When we went in the studio, we just couldn’t reproduce the sound of the original demo I did on cassette. So we played the cassette through an extension speaker and I played along with it – we just shoved a microphone into an acoustic and overdubbed it onto the track from the cassette. Then we put it on a four-track, played it back, and at the same time the guitar was going on, I had [session keyboard great] Nicky Hopkins playing a bit of piano and Charlie [Watts, drums] just shuffling in the background. Then we put drums on it and added another guitar while he was doing that, and we just kept layering it.”

“At that time I was into really compressing the acoustic guitar by running it through the early Phillips and Norelco cassette recorders and really overloading them. They came with a little plastic mic and I’d slam that right down into the acoustic guitar. I did that on Jumping Jack Flash, too. With all of those songs, I wanted the drive and dryness of an acoustic guitar, but I still wanted to distort it.”

“On Street Fighting Man, there’s one six-string and one five-string acoustic. They’re both in open tunings, but then there’s a lot of capo work. There are lots of layers of guitars on Street Fighting Man, so it’s difficult to say what you’re hearing on there. ’Cause I tried eight different guitars, and which ones were used in the final version I couldn’t say.”

Keith Richards: “That was done on some nameless Australian full-bodied acoustic [a Maton]. It looked like a copy of the Gibson model that Chuck Berry used. The thing had all been revarnished and painted out, but it just sounded great. Some guy crashed out at my pad for a couple of days, then suddenly split in a hurry and left that guitar behind, like, “take care of this for me.” I certainly did.”

“At the very last note of the take, the whole neck fell off. You can hear it on the original track. That guitar had just that one little quality for that specific thing. In a way, it was quite poetic that it died at the end of the track.”

Keith Richards: “On that song, my fingers just landed in the right place and I discovered a few things about that [five-string, open G] tuning that I’d never been aware of. I think I realized that even as I was cutting the track. And then that jam at the end – we didn’t even know they were still taping. We thought we’d finished. We were just rambling and they kept the tape rolling. It was only when we heard the playback we realized: “Oh they kept it going. Okay, fade it out there – no wait, a little bit more, a bit more…“ Basically, we realized we had two bits of music: there’s the song and there’s the jam.”

Keith Richards: “That was basically Mick’s song. He said, “Let’s try this disco shit out.” I think he’d been to too many nightclubs, actually. The guitar riff basically suggested itself from the melody Mick was singing. I just shadowed that and ran it behind the voice. It’s just a piece of fun, that song. It can get really funky if you get the right tempo and slam it in. Basically, you’re sitting on Charlie on that.”

Keith Richards: “I was convinced that was a reggae song. Everybody else was convinced of that. “It’s reggae, man.” We did 45 takes like that. But then on a break I just played that guitar riff, not even really thinking much about it; we did a take rocking away and then went back to work and did another 15 reggae takes. Five years later, Mick discovered that one rock take in the middle of the tape and realized how good it was. The fact that I missed Start Me Up for five years is one of my disappointments. It just went straight over my head. But you can’t catch everything.”