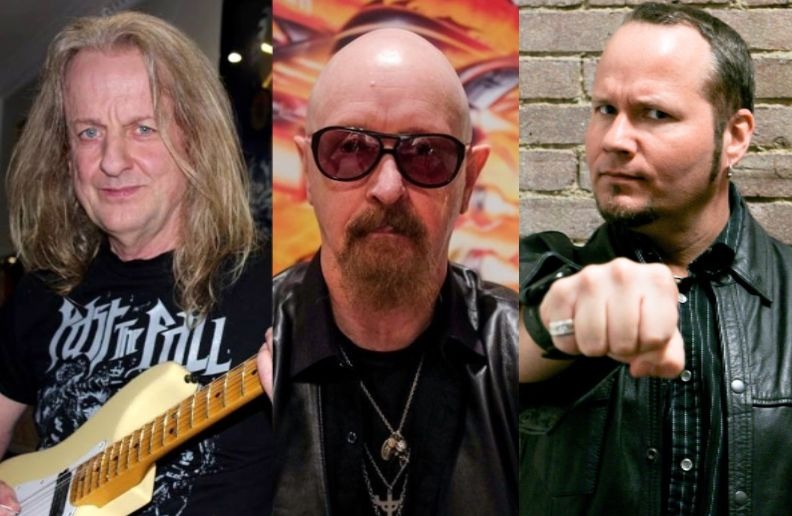 In an interview with All That Shreds, the former Judas Priest guitarist K.K Downing said that Tim Ripper Owens is better than Rob Halford.

“Physically and technically, Ripper is a better singer than Rob because Tim was always in tune. Rob is good. Rob got better after he started using in-ear monitors.

“Ripper would murder the show and we’d come offstage and the fans would be saying, ‘Good show, but when’s Rob coming back?’.”

What were the events that led up to Rob coming back to Priest [in 2003]?
“Sharon Osbourne called and asked if Rob was back in the band. She was going to pay us a lot of money to play Ozzfest. It didn’t happen the first time.

“The same thing happened another year. By this time, we’ve done the [2001’s] ‘Demolition’ album and things seemed on the decline for us. The venues were getting smaller and smaller.

“Glenn [Tipton] wanted to produce the album and I wasn’t happy with that decision. I stepped away from the project for a while but came back and did what I could to contribute.

“I’m involved with a music venue not too far from me. We put Skid Row on stage with their new singer. I thought he did a fairly good job. I saw some live shows from before with him and didn’t think they were good.

“I’m used to seeing Skid Row playing festivals with Guns N’ Roses and such. It’s not the same without Sebastian Bach.”

Ripper said he’d like to go back and re-record [1997’s] ‘Jugulator’ and ‘Demolition’ as he feels Priest is trying to remove any mention of his involvement with the band. It’s hard to find ‘Jugulator’ anywhere and ‘Demolition’ is more available. Would you participate in the re-record with Ripper?
“It doesn’t surprise me that they’re trying to do that to Ripper. Ripper did an excellent job on those two albums and I’d say, what would be the point? He did a fantastic job on them.

“We were dropped from Sony when Rob left and signed to smaller labels with ‘Jugulator’ and ‘Demolition.’ I will do some research as to who owns the rights/masters to the albums and let you know.

“I don’t think at the moment it’s the right thing to do something independently.”

Do you have any contact with anyone from Priest?
“None. They don’t respond to any of my correspondence. Glenn is always the one that controls the behinds the scenes with Jane from management. It’s a bit like a John Lennon/Yoko syndrome.

“Andy [Sneap] and Ritchie [Faulkner] are on a wage. They’re not really part of Judas Priest. The band is Judas Priest music. I’m 25% shareholder and director of that company. It’s a bit of a mess, really.”