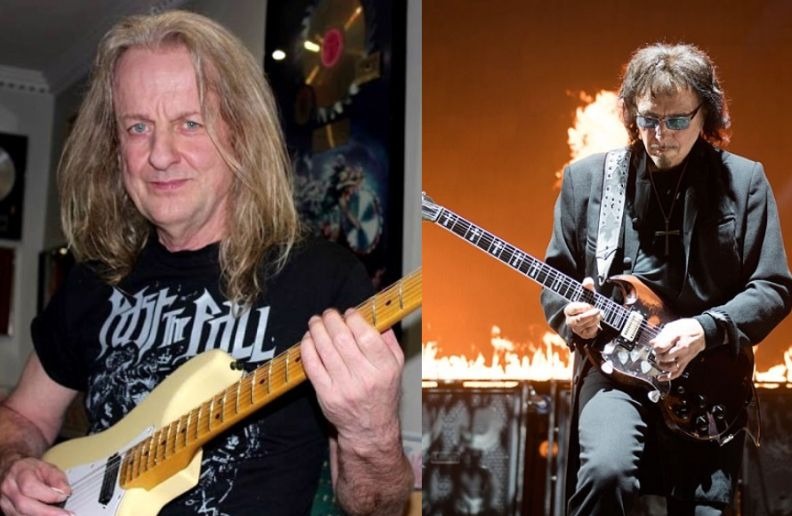 Guitarist K.K. Downing, former Judas Priest, compared his ability to create riffs for heavy metal music with Black Sabbath’s Tony Iommi. In an interview with Eon Music, the musician spoke on the subject.

In terms of song writing, the credits split the song writing three ways between you, Rob and Glenn, but can you point to any riffs that were yours?

Well, I’d have to go album by album I think, and try to remember. But I consider that myself and Tony Iommi are the two metal riff mongers that have ever been produced. I mean, not to take anything away from Glenn, but Glenn was always a bit more commercial than me. So, you should be able to listen to my riffs, really if you think about it; if you listen to ‘Judas Rising’, for example of or if you listen to ‘Victim of Changes’. It’s difficult for me to try and encapsulate. A lot of the stuff on ‘Nostradamus’ was me, but not just the heavy stuff; a lot of the melodic stuff as well.

If we go back to ‘Rocka Rolla’, ‘Run of the Mill’, that was there before Glenn was there, but that’s what really heavy guys used to come up with; these big emotional ballads. That would take you to another place and then when you come back with the heavy stuff again, it’s rekindled. An album had to have all of the ingredients, just like a good movie needs drama but excitement as well, all of it. That’s the way bands did it; Deep Purple did something like ‘Child in Time’, and then they’d bust into something like ‘Speed King’, and it was wonderful. It’s great to have that contrast.

Do you still play guitar these days?

I do, but it’s amazing, I don’t know, the older you get, there just seems to be no time. It’s just the way of the world. I don’t know where I found all the time from before. I suppose it’s because it was the only thing that I did! But I’m hoping to get most of this year out of the way and hopefully try to find more time. I spend just as much time having conversations and sending emails backwards and forwards with musicians, really, who are trying to get me to do something.