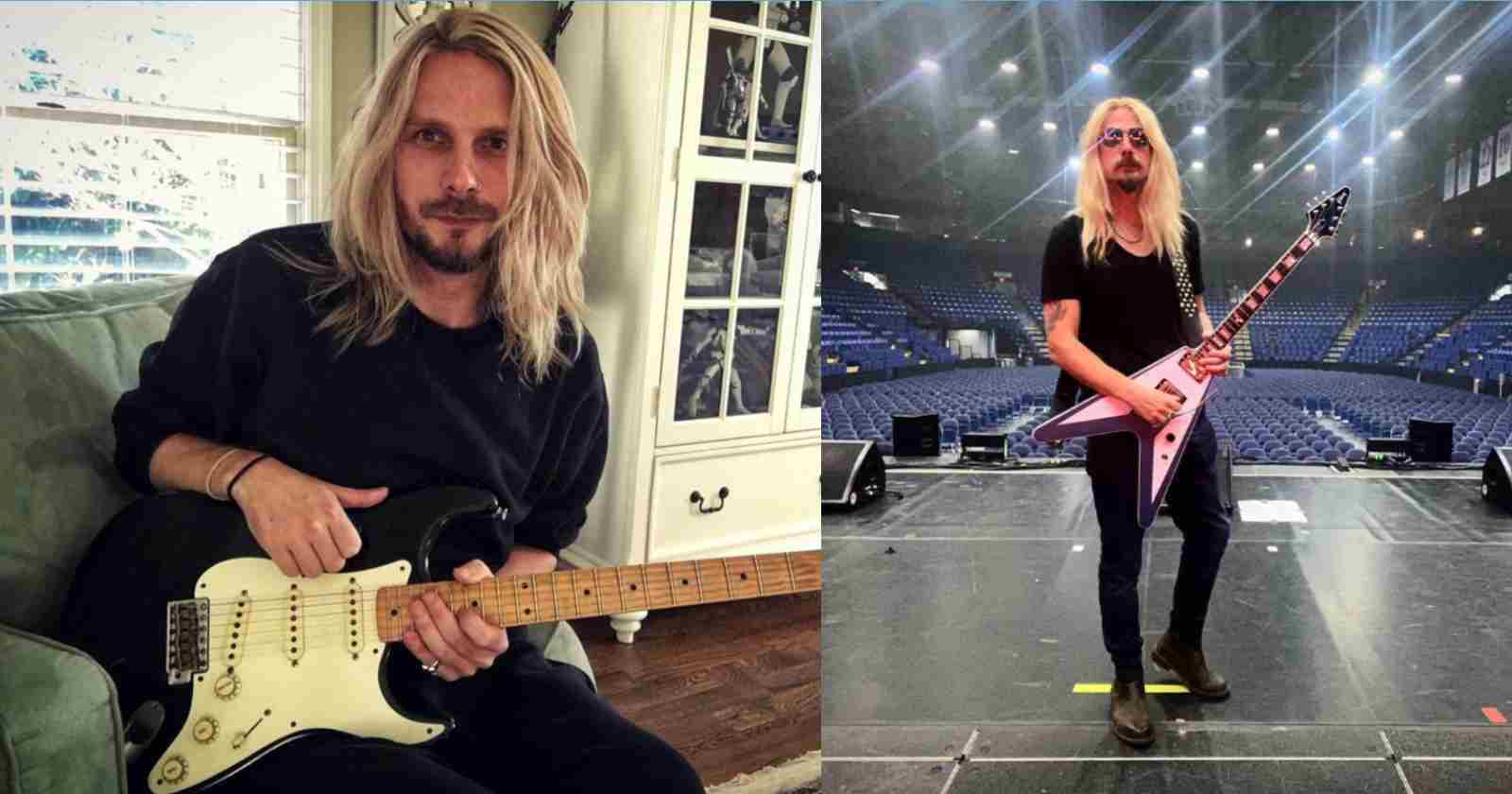 Judas Priest had to postpone their North American after guitarist Richie Faulkner suffered an “aortic aneurysm” on stage back in September 27. He was taken to the hospital and underwent emergency 10-and-a-half-hour open-heart surgery, “Five parts of my chest were replaced with mechanical components. I’m literally made of metal now,” he told Rolling Stone a few weeks after the surgery.

Now in an official statement in Judas Priest’s social networks, Faulkner, who is married to George Lynch’s daughter and have a baby with her, shared a health update.

“Hello there maniacs! I just wanted to post, and I’ve had many of you asking for an update on how my recovery is going. I was able to return home from hospital 10 days after my surgery to continue recovery at home. It has now been 7 weeks since the night it all happened and I’m feeling very strong and positive. My incisions have healed very well and I can definitely see the light at the end of the tunnel.”

“I’m walking well and moving freely, I’m pretty active and I’m starting cardiac therapy very soon. I’m playing guitar everyday and with the love and support of my family, the continued support from you guys and the inspiration that I get from the guitar. I’ll be back on stage in no time! My surgeons are very pleased with my progress and have all reserved front row tickets for the next Priest show haha”

“It’s Thanksgiving this month. Whether you celebrate it or not, I have a lot to give thanks for this year. Including all of you for your patience, your love and your support. Lots of love and I’ll see you down the front soon, horns held high.”