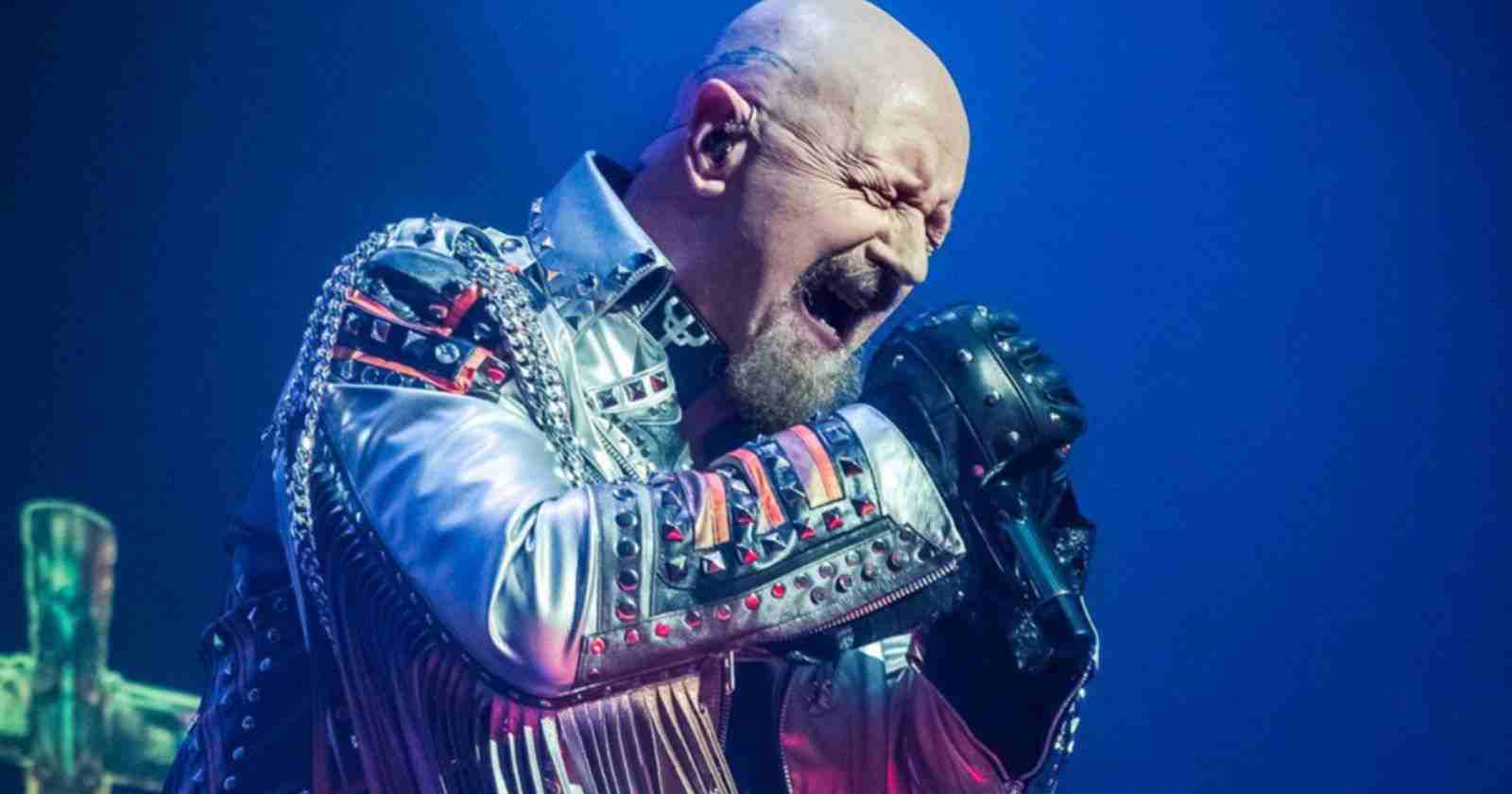 Judas Priest singer Rob Halford revealed in an interview with Rolling Stone magazine his 10 favorite albums of all time and explained the reason why. The Metal God is currently promoting his autobiography “Confess”.

“They were local guys from the same neighborhood, the same neck of the woods as Priest. We literally grew up together, inventing this great music that we love and cherish so much called heavy-metal music. I chose the Black Sabbath album just because, like so many bands, your first one or two records really establish who you are as a band.”

“It’s a bit like Priest with Rocka Rolla and Sad Wings of Destiny; Sad Wings of Destiny becomes the one we love so much because it becomes defining. With Black Sabbath, here was the first example of what heavy-metal music should sound like, just the texture, the tone, the structure of all of the material, Ozzy’s very unique voice. It’s just become a very important record in the discography of Black Sabbath.”

“The thing about this particular album is it’s got a lot of the transitional experience in heavy, hard rock that includes a lot of blues vibes. And they’ve freely admitted that the blues is where the basic journey for this band started out.”

“I have always been a massive Queen fan. Every single album that I listen to by Queen has its own character and identity, much like Priest in that respect. I’ve kind of suggested that in some elements, Priest is like Queen because no two Priest albums are the same. It’s very much the case with Queen. The second album, Queen II, defines that. By the time they did Queen II, they’d become very adventurous.”

“They were just going panoramic. The landscape of their music was just ginormous, particularly in the voice sense, all of those incredible harmonies that they did together. And that’s the other thing I love about Queen, that everybody used to sing on the records, primarily Roger [Taylor] and Brian [May] and sometimes John Deacon. But the vocal impact for me as a singer was immense. It really taught me a lot.”

The Beatles “A Hard Day’s Night”

“This was difficult, because I was gonna go for Sgt. Pepper, because everybody does that, but there’s just something about the tone. They went from “She Loves You,” just barely a few years earlier, to what was becoming quite serious in the way they were structuring songs and thinking more about developing that side of a musician.”

“Which grows as you move on. So the songs on Hard Day’s Night are very expressive of a band that’s really shifting and coming to grips, probably with maturity like a lot of musicians do.”

The Rolling Stones “Get Yer Ya-Ya’s Out!”

“I’ve chosen a live album by the Stones because if you’ve ever seen the Stones live, there’s nobody like ’em. The way they transition their studio work into a live performance is electrifying. Whenever a band gets out onstage, a new dimension is experienced.”

“And with the Stones, words just don’t work for them. You’ve got to see them live. And I think this is a great example of capturing all the charisma and characteristics of a great rock & roll band, probably the greatest rock & roll band of all time in one record.”

“I chose Machine Head, just because it’s fierce and it’s intense. There’s always been a debate over whether Purple are a hard-rock or heavy-metal band. Priest did a tour with them, and I watched them many, many times from the side of the stage. They sound heavy to me — really heavy. … But of all of the Deep Purple albums that they made, that one really, really works for me.”

“I’ve always been this frustrated guitar player in that I try to pick up the guitar and learn to play it, but it just baffles me. I just can’t understand how guitarists do what they do. It’s just unbelievable. And Jimi Hendrix is the maestro of that.”

“What he was doing in the late Sixties and onwards was just a game changer for guitar players especially. And the way he put together the music for Axis: Bold as Love was very, very special. All of the records he made are great, but that one to me just connects,” Rob Halford said.

“Here’s a guy that really took his fans on a journey. Was he Ziggy Stardust? Was he the Thin White Duke? Hunky Dory? “Heroes”? The side project Tin Machine? His last glorious piece of music [Blackstar]? But the imagery that Bowie created with every record, nobody else can touch that.”

“He was the master of disguise. We were all so excited when we knew that a new Bowie album was about to drop, and out of all of them, the Ziggy Stardust album really rates with me because I actually saw the Ziggy Stardust tour in the Wolverhampton Civic Hall back home in the U.K. I think they pretty much played the entire record from start to finish, and it was just unbelievable to see him there doing what he did so magnificently with such conviction. He was Ziggy Stardust, and he mesmerized the world with that character.”

“It’s just a great example of incredible musicianship from three people. It’s very difficult to connect as a trio, and just the way the interaction, particularly from the percussive side with Ginger [Baker] and Jack [Bruce], was very, very special.”

“It was full of a real pure self-identity. And then you wrap that up with what Eric Clapton was doing, and his special voice makes Cream in the big picture of rock & roll a very, very unique band,” Rob Halford said.

“Pantera came about around the early Nineties. They were together before then, but they suddenly started to crush with the impact of Cowboys From Hell. If you know your music and your rock & roll, great things happen at the start of every decade.”

“So when I got an earful of Cowboys From Hell, I knew that this was going to be a shifter. This actual display of the style of music that these guys were playing was literally going to shake up the world, which it did. We all know so many beautiful things about the band, especially Dimebag [Darrell, guitar], who I think was the driving force behind that band.”

“What everybody was doing was just a full-on assault and attack, which got even stronger and more potent as they moved on to Far Beyond Driven, Great Southern Trendkill, and all of those other great records later on. But this one, this first one, really does the business for me,” Rob Halford said.