Polish artist Rosław Szaybo died on May 21, 2019, at the age of 85, at his home in the city of Warsaw. Information about his death was provided by the magazine Jazz Forum on his Facebook. Roslaw suffered from lung cancer.

The artist has been artistic director for many years on CBS Records Great Britain. Thanks to that, he designed about 2,000 CD covers, including rock and metal albums. Among other things, he designed one of the most popular covers of the Judas Priest, “British Steel”, which had a razor-sharp blade (the cover hand is Rosław Szaybo’s own hand). Rosław Szaybo also designed the album cover “Stained Class”. 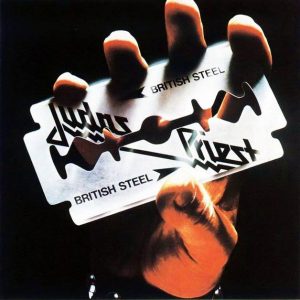 No less remarkable was the black John Player Special cigarette pack designed by Szaybo, with its gold logo monogrammed from the initials JPS.

In addition to collaborating with Judas, he has worked for such names as Elton John, Roy Orbison, Santana and Janis Joplin.

Upon his return to Poland in 1993 he started a photography workshop at the Academy of Fine Arts in Warsaw, and also became artistic director at the Czytelnik publishing house.

Amongst his most recognizable works are the cover for Judas Priest’s album British Steel (featuring his own hand) as well as the band’s logo and other album cover (Stained Class, Killing Machine), and a cover for Krzysztof Komeda’s album Astigmatic.