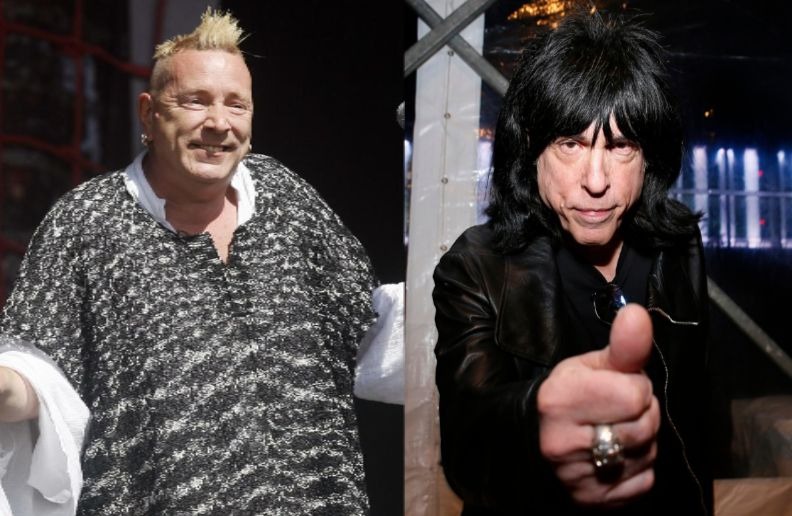 An event to promote the documentary series “Punk”, production of the American TV channel Epix with John Varvatos and Iggy Pop, ended up in a fight between two important punk rock figures: vocalist Johnny Rotten (Sex Pistols, Public Image Ltd) and the drummer Marky Ramone (Ramones). During the talk, the two began to argue and left the audience somewhat embarrassed – or laughter, depending on the point of view.

The discussion began with a provocative line Johnny Rotten directed at Marky Ramone. “For me, punk music was the positive proof that we could change our lives through music, understand what we were saying, attack political systems. But this idiot (pointing to Marky Ramone) cannot, because he prefers drugs” said the singer.

The drummer then countered the provocation. “Stop it, you talk a lot, but you did not do anything … You’re not like the MC5 … If it was not for the Ramones, you would not be nobody, you’d be selling food on the street,” he said, in the midst of a few less audible phrases due to the chat.

See the moment in the video below:

John Joseph Lydon (born 31 January 1956), also known by his stage name Johnny Rotten, is an English singer, songwriter and musician. He is best known as the lead singer of the late-1970s British punk band the Sex Pistols, which lasted from 1975 until 1978, and again for various revivals during the 1990s and 2000s. He is also the lead singer of post-punk band Public Image Ltd (PiL), which he founded and fronted from 1978 until 1993, and again since 2009. Since 2013, Lydon has held British, Irish and American citizenship.

Marc Steven Bell (born July 15, 1952) is an American musician best known by his stage name Marky Ramone. He is best known for being the drummer of the punk rock band the Ramones, from May 1978 until February 1983, and August 1987 until August 1996. He has also played in other notable bands, Dust, Estus, Richard Hell and the Voidoids and Misfits.